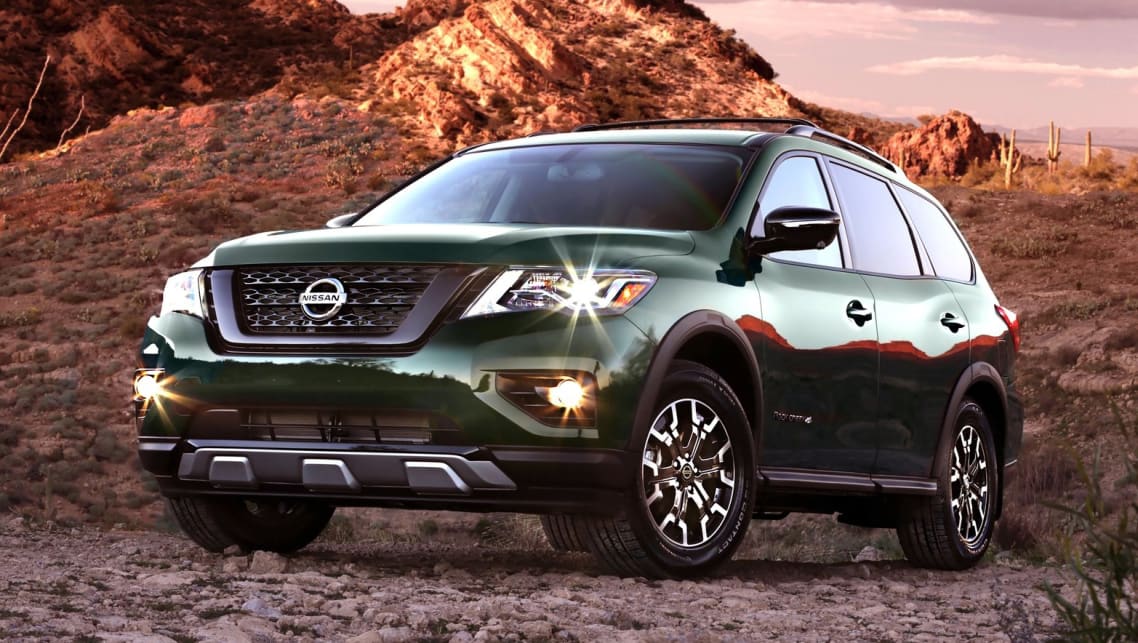 New Nissan Pathfinder 2021: ‘Nothing is recognisable’ about incoming update to Toyota Kluger rival

Nissan’s Pathfinder large SUV will undergo a radical facelift in 2021, according to a report published by industry source Automotive News.

The article cites “a source familiar with product plans” inside the brand’s US-market operation, who told the outlet: “There’s not one bit of that car that would remind you of the current Pathfinder.”

The update, reportedly slated for early 2021, will remain on the same platform and continue to utilise the same 3.5-litre V6 petrol engine (which currently produces 202kW/340Nm), but, as previously reported, will replace the much-derided continuously variable automatic transmission (CVT) with a new nine-speed torque-converter automatic.

The report states that the Pathfinder will receive a radical exterior and interior redesign, with previous information also suggesting a much more multimedia-focused cabin design finally featuring sought-after tech like Apple CarPlay and Android Auto.

The upcoming pathfinder update will do away with the current car’s relatively ancient interior design sooner rather than later.

The current ‘R52’ Pathfinder dates back to 2013 and received its last major update (not counting limited-edition N-Trek models) in 2017. The incoming major update will serve as part of Nissan’s renewal strategy to reduce the average age of vehicles in its fleet from more than five years to just three.

The renewal strategy refocuses Nissan on its key markets of North America, Japan, and China. It is unclear if Nissan will continue to offer the Pathfinder in Australia with this update, as Australian versions are shipped all the way from Tennessee, where it is built.

Toyota’s Kluger has been available in North America for some time, but won’t hit Aussie shores until 2021.

The Pathfinder’s main rival in Australia, the Toyota Kluger, is also built in the USA and its new model features a 3.5-litre V6 engine (218kW/356Nm) and a hybrid 2.5-litre four-cylinder option. It has been on market in North America since late 2019 but won’t reach Australia until early 2021.