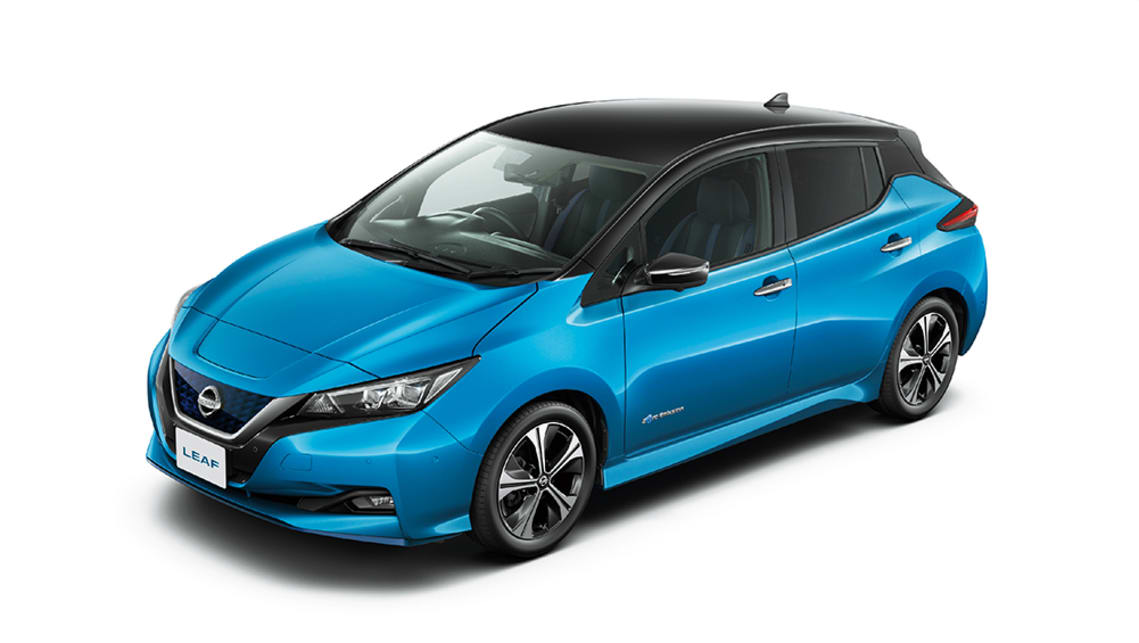 Due to be released in its native Japanese market in February next year, the new Leaf’s ProPilot suite “now offers even more vehicle controllability to reduce driver fatigue and stress”, according to Nissan.

“ProPilot’s speed control has been optimised, especially to provide smoother braking in various conditions for a comfortable, relaxing drive. The system can maintain the driver’s set speed on inclined roadways and balance powertrain output when returning to flatter road surfaces,” the Japanese brand added in a statement.

The Leaf’s version of park assist is now 20 per cent quicker when parking in a garage or pulling forward into a parking space. This feature assists with all parking manoeuvres, including acceleration, braking, steering and gear selection.

While the Leaf featured blind-spot monitoring before, its upgraded version is now active, apply braking force to each wheel to help return it to its original lane and avoid a collision when another vehicle is detected in its blind spot when changing lanes.

Inside, the Leaf’s central touchscreen has grown by an inch, to 9.0 inches, while the NissanConnect multimedia system that powers it has been updated to suit, providing better map views and a more user-friendly interface.

Connectivity takes a step up with door-to-door navigation that pairs the Leaf’s sat-nav system with the driver’s smartphone to “provide seamless direction”, Nissan says.

Door-to-door navigation even has a specific EV function that displays a recharging plan to help the driver reach their destination, which is now easier to find for thanks to the integration of Google search tools.

A Wi-Fi hotspot is also new alongside a smartphone application that connects with the Leaf to allow it remotely lock and issue status updates to its owner when being driven by someone else.

External changes are limited to Vivid Blue and Stealth Grey now being offered as paintwork options, while a shark-fin antenna has been added as standard.

The Leaf also now comes with Canto, which is Nissan’s new signature sound for EVs. It is projected externally at speeds up to 30km/h, increasing pedestrian awareness when being driven at low speed or reversing.

Nissan Australia has been contacted by CarsGuide regarding local timing for the upgraded Leaf. For reference, the current model is priced from $49,990 plus on-road costs.

As reported, the company is considering introducing the 160kW/340Nm e+ version of the Leaf, which comes with a 62kWh battery that provides 385km of driving range (WLTP). Comparatively, the 110kW/320Nm regular model’s 40kWh unit travels 270km between charges.