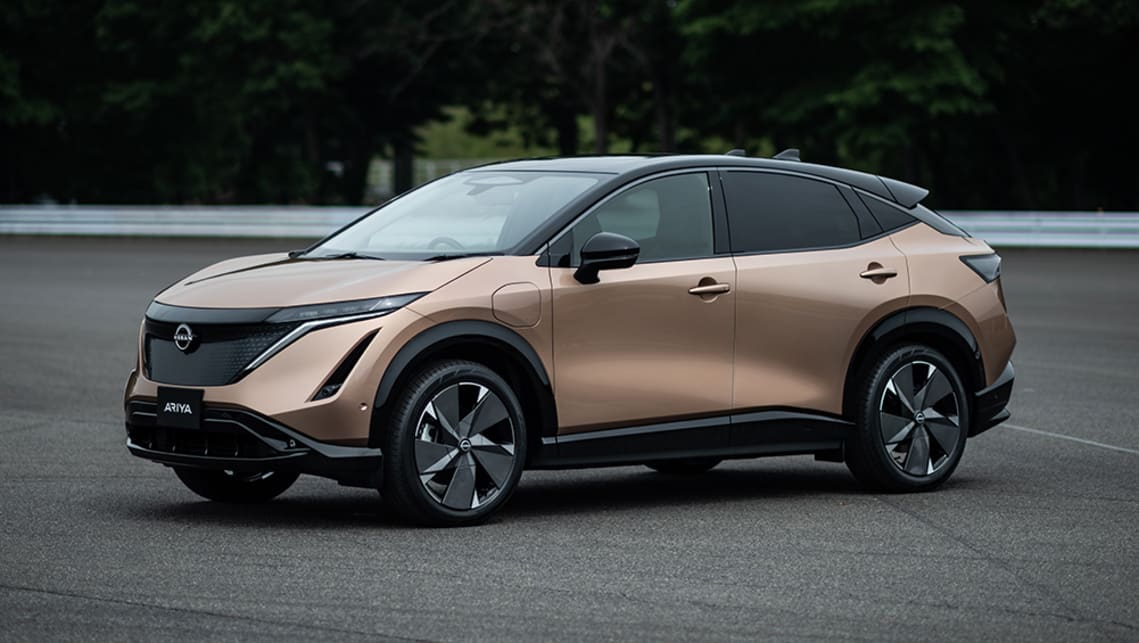 New Nissan Ariya 2021 detailed: Electric SUV lobs with up to 290kW of power and 610km of driving range

Nissan has revealed its latest all-electric model, the Ariya mid-size SUV, which will initially launch in Japan in the middle of next year ahead of China, Europe and North America by the end of 2021.

The coupe-style Ariya is still yet to be confirmed for Australia, but a local Nissan spokesperson today once again reiterated to CarsGuide the company’s desire to offer it Down Under, should it become available for our market.

As expected, the Ariya’s production exterior is more or less a carbon-copy of the concept version from last October’s Tokyo motor show, with the bumpers, lights, alloy wheels (measuring 19 or 20 inches in diameter), side mirrors and doorhandles all subtlety revised.

Even the interior is shockingly similar, with the 12.3-inch touchscreen and digital instrument cluster with natural voice control (activated by saying ‘Hey Nissan’ or ‘Hello Nissan’) and over-the-air updates, capacitive climate controls with haptic feedback, and power-adjustable centre console carrying over.

In fact, the doorhandles and door armrests and lower trim are the only notable differences inside. And yes, Nissan’s slightly redesigned logo is found throughout the Ariya.

Using a 130kW CHAdeMo DC fast charger, up to 375km of driving range can be added back to the Ariya in just half an hour. Other charging times are yet to be detailed.

Up to four drive modes (Standard, Sport, Eco and Snow) are available alongside the now-familiar e-Pedal, which is Nissan’s most aggressive form of regenerative braking, so much so that it can reliably bring the Ariya to stop and recharge its battery, all at the same time.

The Ariya is fitted with Nissan’s ProPilot 2.0 suite of advanced driver-assist systems, which allows semi-autonomous highway driving, including lane changes, overtaking and exits, as well as remote parking.