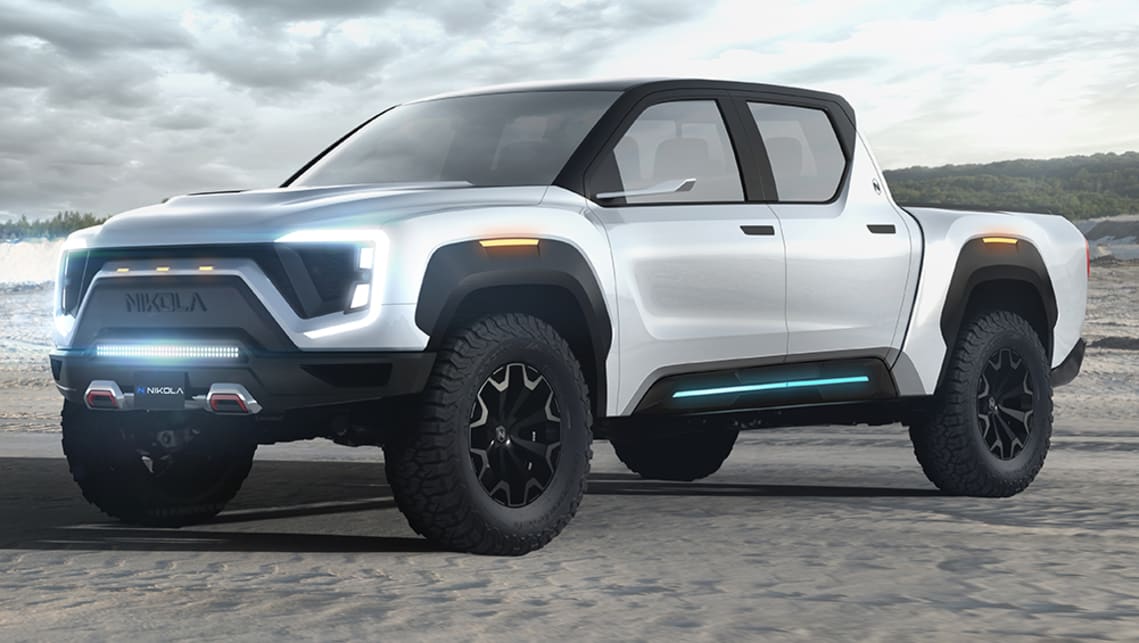 Emerging zero-emissions vehicle specialist Nikola has confirmed Australia will be the first market outside the US to get its full-size pick-up, the Badger.

The reservation list for the Badger will open on June 29, but it’s expected to be limited to US buyers, who are likely to take deliveries from late next year. An Australian launch is therefore expected to take place in 2022 at the earliest.

Set to rival the Tesla Cybertruck and Rivian R1T, the Badger will be available with all-electric and hydrogen fuel-cell (FCEV) powertrains, but given Australia’s lack of hydrogen refuelling infrastructure, the latter is unlikely to be offered locally.

The entry-level all-electric version will travel about 483km between charges thanks to its 160kWh lithium-ion battery, while its FCEV sibling will have a driving range of about 965km by way of its 120kW fuel cell.

Flagship variants will have at least two electric motors to enable all-wheel drive, with peak power set at 676kW and maximum torque checking in at 1329Nm. This combination will help the Badger sprint from a standstill to 97km/h (60mph) in as little as 2.9 seconds.

The Badger concept revealed in February was 5900mm long, 2160mm wide and 1850mm tall, making it about the same size as the Ford F-150, which is the best-selling new vehicle in the US. For reference, its maximum braked towing capacity is more than 3629kg.

A functional Badger prototype will be revealed later this year at Nikola World 2020, which was originally scheduled to place in September in Phoenix, Arizona. The ongoing coronavirus (COVID-19) pandemic may affect the timing and location of the event, though.

Interestingly, a yet-to-be-revealed OEM will build the Badger on Nikola’s behalf using its own parts and manufacturing facilities.