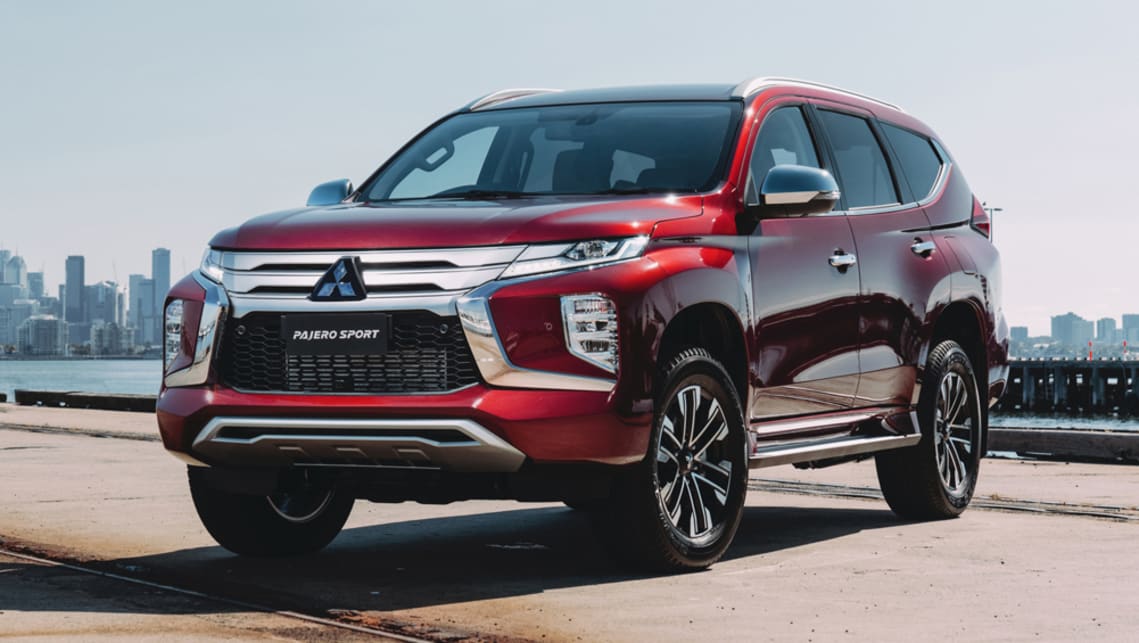 Mitsubishi’s new Pajero Sport has hit local showrooms with driveaway pricing for private buyers kicking off from $45,990 for the base GLX five-seater.

Stepping up to the GLS will set private customers back $52,490 and $53,990 respectively for the five- and seven-seat versions, while the top-spec Exceed can be had for $59,990 driveaway.

Comparing recommended retail pricing before on-road costs however, the new Pajero sport has increased in price by as much as $2700.

Headlining the specification changes inside the new Pajero Sport is an 8.0-inch multimedia screen and same-sized driver display, with the former featuring Apple CarPlay and Android Auto and the latter only applicable to the Exceed grade.

The top-spec Exceed also boasts a TomTom satellite navigation system and the ability to control certain vehicle functions – such as tailgate operation – remotely via a smartphone application.

Extra padding has also been added to the doors, the centre console has been reshaped, the front occupant gains access to a lower tray storage unit and an extra AC outlet is added to the trailing edge of the floor console.

As we detailed in July, the updated Pajero Sport will wear a redesigned front fascia with LED headlights to keep it aesthetically in line with its mechanically related Triton ute sibling.

The tail-lights are also tweaked with reflectors now on the lower bumper to shorten the length of the lighting elements.

Standard equipment includes 18-inch wheels, hill-start assist, hill-decent control, autonomous emergency braking, blind-spot warning, lane-change assist and rear cross-traffic alert, while the GLS variants and up gain a powered tailgate that can be programmed to open and close as the keyfob approaches or moves away from the Pajero Sport.

Adaptive cruise control is also fitted to the GLS and Exceed grades, while the latter also benefits from a surround-view monitor.

As before, the Pajero Sport range is motivated by a 2.4-litre turbo-diesel engine outputting 133kW/430Nm, which is sent to the road via Mitsubishi’s Super-Select 4WD II system and eight-speed automatic transmission.

Four driving modes are available – 2H, 4H, 4HLc and 4LLc – while the driver’s can also select between Gravel, Mud/Snow, Sand and Rock settings.