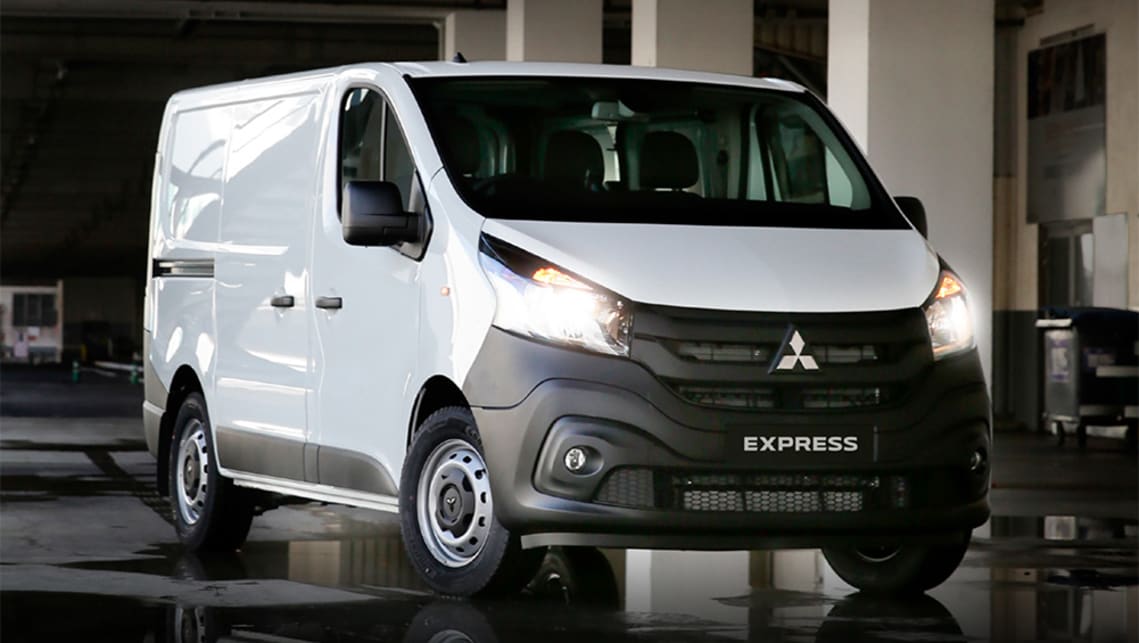 Mitsubishi’s new Express van range will be available in just one grade, the GLX, but spread across four flavours that encompass manual or automatic, and short- or long-wheelbase versions.

As previously reported, all versions are powered by diesel engines, a twin-turbo 1.6-litre and a single-turbo 2.0-litre unit, with the former paired exclusively to a six-speed manual gearbox and the latter mated to dual-clutch automatic transmission with the same number of ratios.

Like its Renault Trafic donor vehicle, the 1.6-litre engine in the Mitsubishi Express outputs 103kW/340Nm to the front wheels, while the 2.0-litre engine ups the ante to 125kW/380Nm.

Fuel economy is yet to be revealed, but expect to see manual versions return 6.2 litres per 100km, while the automatic will sip just 7.3L/100km.

Gross vehicle mass ranges from 2960-3070kg, depending on body style and transmission, while the maximum braked towing capacity for the Express is up to 2000kg on certain variants.

Stepping up to the automatic version however, adds a reversing camera and front foglamps, as well as automatic wipers, headlights and dimming rearview mirror.

Like the rest of Mitsubishi’s line-up, the Express comes with a five-year/100,000km warranty.

Capped price servicing will also be available on the Express for the first three years/45,000km, which covers three services at $250 each.

Pricing positions the Express $1000 below the equivalent Renault Trafic Premium, which shares the same underpinnings and engines, though the latter is equipped with a 7.0-inch multimedia touchscreen and a shorter three-year warranty.