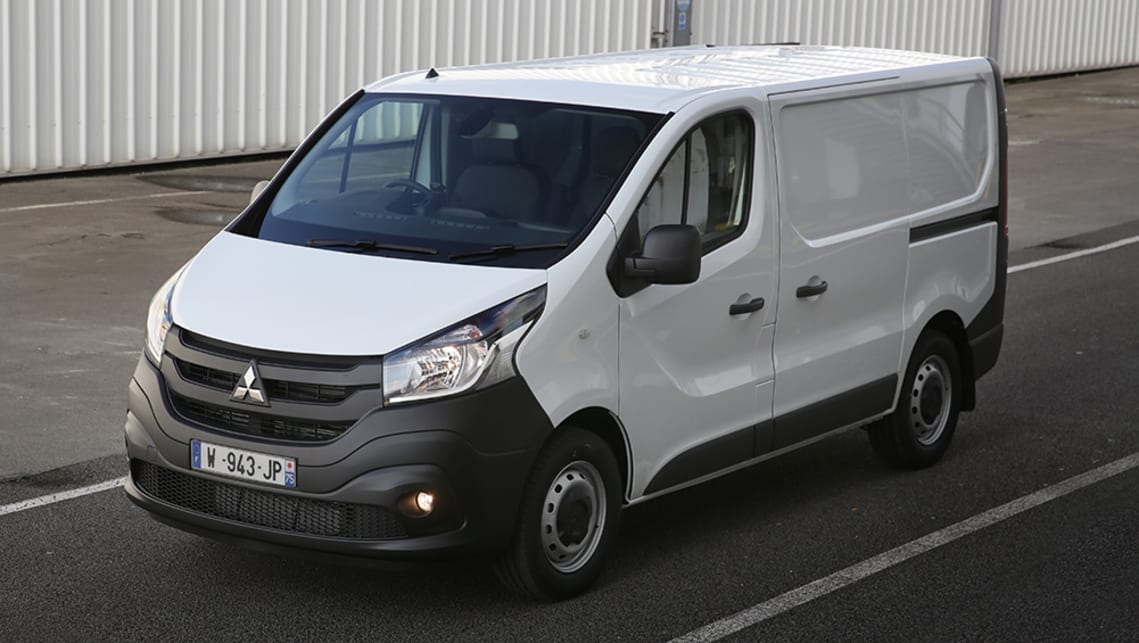 Mitsubishi Australia has revealed the fourth-generation Express mid-size van, which will enter showrooms in July.

If the new Express looks familiar, it’s because it’s a rebadged version of the third-generation French-built Renault Trafic, with Mitsubishi leveraging its Alliance partnership to re-enter the van segment in Australia after a seven-year absence.

Aside from the obvious badge replacements, the Express has a unique twin-louvre grille insert, helping to visually distinguish it from the Trafic.

While pricing and specification won’t be released until closer to its launch, we do now known the Express will be available with the choice of short or long wheelbases, and manual or automatic transmissions.

Two four-cylinder diesel engines will be on offer in the Express, a 1.6-litre twin-turbo and a 2.0-litre single-turbo. While Mitsubishi is yet to confirm their outputs, the former produces 103kW/340Nm in the Trafic, while the latter develops 125kW/380Nm.

While all four Express variants will be front-wheel drive, they will come with Extended Grip, a driver-activated mode for the electronic traction control system that provides assistance in low-grip conditions.

The short-wheelbase (SWB) Express will have a load area volume of 5.2 cubic-metres, while the long-wheelbase (LWB) will up the ante to 6.0 cubic-metres.

The unladen weight, maximum braked towing capacity, gross vehicle mass (GVM) and gross combination mass (GCM) of all four Express variants can be found in the table below.

Dual sliding doors will be standard across the Toyota HiAce rival’s range alongside glazed rear barn doors with 90- and 180-degree stops.

A rear bumper step will also be included, as too will 16-inch steel wheels and a full-size spare stored under the cargo floor.

Inside, the Express will have a three-seat bench with a retractable armrest for the driver, while its head unit will support Bluetooth and USB connectivity. To make things easier, a smartphone cradle will be located nearby.

Meanwhile, variants with the 2.0-litre single-turbo and six-speed dual-clutch will get dusk-sensing lights, rain-sensing wipers and a reversing camera with a display integrated into the rearview mirror.

Paintwork options will extend to white, black, red and Platinum Grey (silver), while the only colour option for the hard-wearing fabric upholstery will be black.