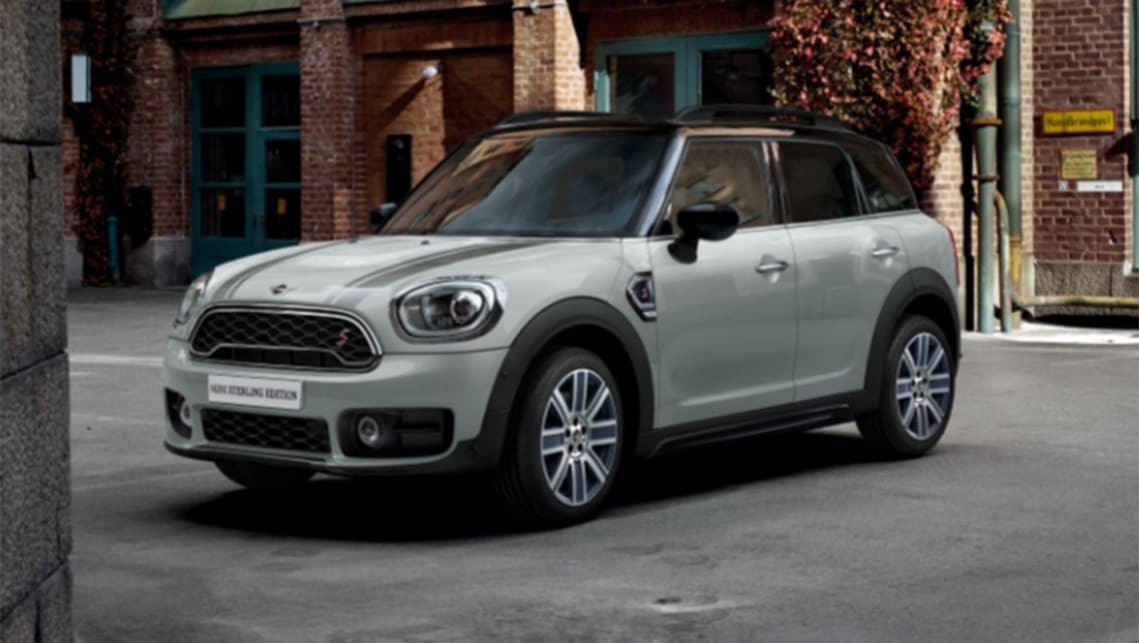 Mini Australia has released a special-edition version of its Countryman small SUV.

The Sterling Edition is limited to just 40 units and commands a sizeable premium over the $49,200 (plus on-road costs) Countryman Cooper S variant it is based upon, at $62,900 driveaway.

Buyers are compensated for the extra spend with a longer list of standard equipment, though, including White Silver metallic paintwork, Melting Silver bonnet stripes, a Jet Black roof and side mirrors, Union Jack-style 19-inch alloy wheels and a rear ‘Mini Yours’ badge.

All of the Audi Q3 rival’s additional features are said to pay homage to Mini’s British origins.

Just like the Cooper S, the Sterling Edition is motivated by a 141kW/280Nm 2.0-litre turbo-petrol four-cylinder engine that sends drive to the front wheels via a six-speed torque-converter automatic transmission.

This combination helps the Sterling Edition sprint from a standstill to 100km/h in 7.5 seconds, while its claimed fuel consumption on the combined cycle test is 6.6 litres per 100 kilometres.