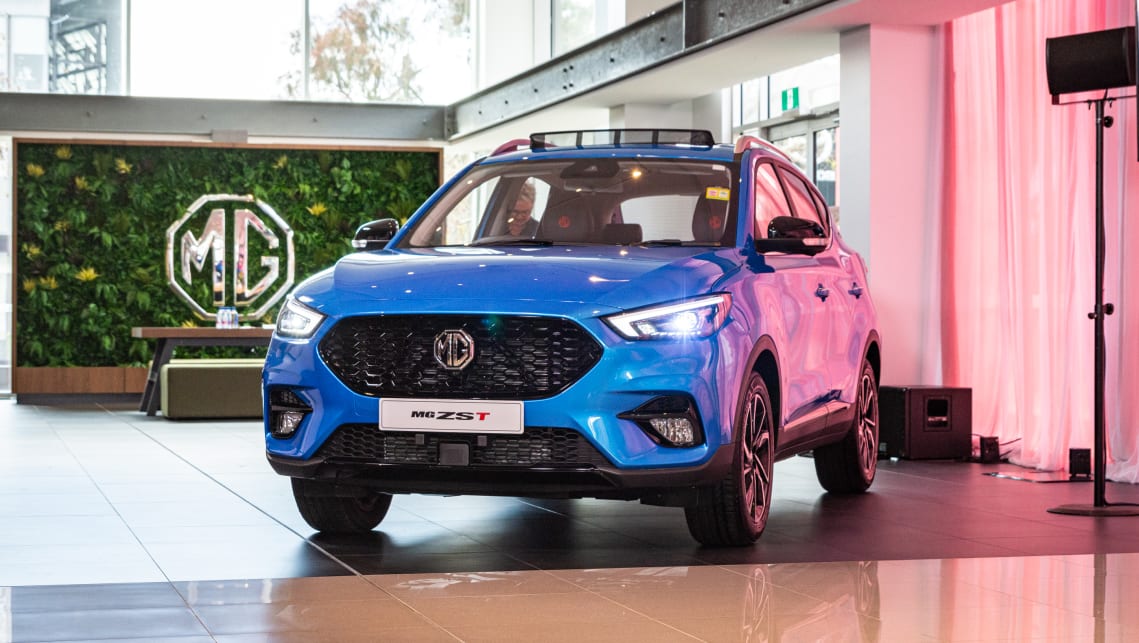 MG Motor Australia has revealed pricing and spec for its new ZST small SUV range in Australia, which will sit above its existing ZS crossover line-up.

To clarify, the ZST is a full model update to the ZS in overseas markets, but in Australia, it will be offered in two variants alongside the existing ZS, pitched as a more premium offering.

The ZST debuts a new styling language for the brand, alongside significant improvements to its drivetrain and active safety suite.

The ZST is also longer and higher than the existing ZS with significant changes to internal passenger space, although it shares the same underpinnings as its older sibling. Boot space is an impressive-for-the class 389 litres.

Also featured is higher-tech drivetrain consisting of a 1.3-litre three-cylinder turbocharged petrol engine and Aisin-sourced six-speed torque converter automatic transmission, doing away with the four-speed unit in the current range.

The new ZST will be sold alongside the existing ZS for “at least a year”.

Power outputs are higher than either of the previously available options at 115kW/230Nm, although the ZST will continue to be offered in front-wheel drive only.

The ZST will be available in two variants, the Excite and Essence, which wear pricetags of $28,490 before on-road costs and $31,490 respectively.

The interior has been overhauled with further soft-touch trim and a larger multimedia touchscreen.

Six airbags also come standard, though the ZST will carryover its four-star ANCAP safety rating from the existing ZS range. MG is keen to have that rating re-assessed by EuroNCAP after the launch of the fully electric eZS variant before the end of 2020.

Other notable features about the ZST are that it will require mid-grade 95RON unleaded for its new engine, and it also has a space-saver spare under the boot floor.

The ZST launches alongside a pricing update to the existing ZS range. Stay tuned as we inch closer to the launch of the eZS “before Christmas” which promises to be one of the most affordable electric cars in Australia.