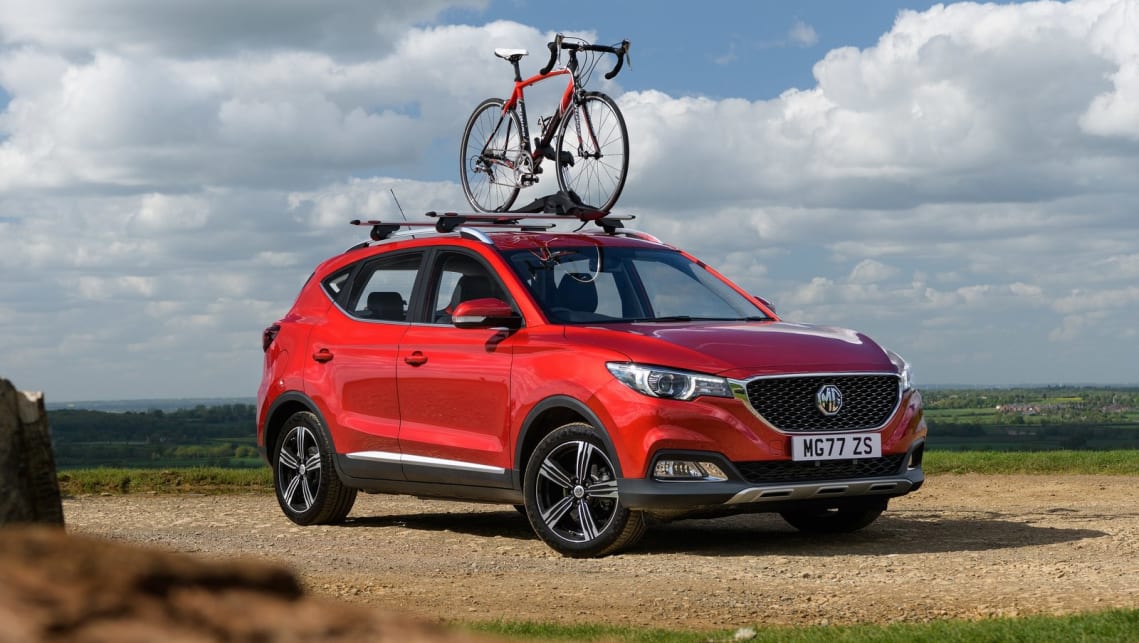 MG Motor Australia has confirmed updated and significantly lower driveaway pricing for its existing MY19 ZS small SUV range, as it introduces the separate MY21 ZST as a more upmarket offering.

MG’s representatives said the existing ZS will continue to be offered for “at least a year” after the launch of the ZST this month.

The ZS will continue with two engines (not including the new 1.3-litre engine in the ZST) in a total of four variants.

The regular ZS will continue with either a 1.5-litre non-turbo four-cylinder engine paired to a four-speed Aisin automatic transmission, or a 1.0-litre turbo three-cylinder unit (82kW/160Nm) paired to a six-speed auto across Excite, Excite Plus, Essence, and Essence Anfield variants.

The 1.5-litre Excite kicks off from a new driveaway price point of $21,990, a $1500 drop on the previous driveaway offer, and is now offered with a new 17-inch alloy wheel design.

The 1.0-litre turbo three-cylinder range starts with the Excite Plus variant, which is in identical specification to the 1.5-litre Excite and now wears a driveaway price tag of $23,990 (representing a $1000 drop).

The Essence adds push-button start, a sunroof, and built-in navigation. It is now available from $26,490 driveaway (again, a $1000 discount).

The ZST has been introduced as the next step up in MG’s range, with its own pricing and variants (starting from $28,490) which you can read about here.

All MGs carry a seven-year/unlimited kilometre warranty, and the ZS range has service intervals of 12 months/10,000km.

The ZS which launched in 2018 will continue to be offered for “at least a year” despite the introduction of the heavily updated ZST.

All ZS models including the new ZST continue to wear four-star ANCAP safety ratings, despite a significantly overhauled active safety suite in the ZST range. MG’s representatives told us the star rating could be reassessed (by EuroNCAP) after the launch of the all-electric eZS variant later this year.