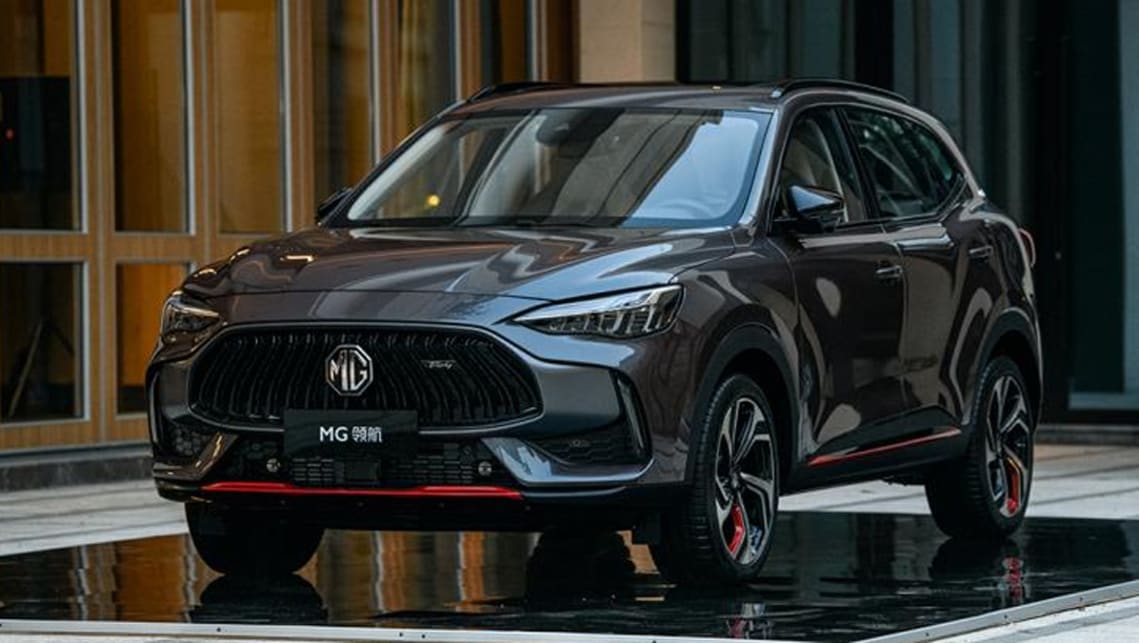 MG Motor has revealed a new SUV in its SAIC parent company’s home market of China, wearing the brand’s new styling language which has also appeared on leaked and teaser images of its MG5 sedan.

According to a teaser image released by SAIC MG last week, this SUV’s name in its home market will be “Pilot” or “Aviator” although it is unclear at this stage whether it will be an update to the HS mid-sizer internationally, or a parallel model line in a similar strategy the brand has employed with the ZS small SUV.

What is clear from images revealed today is this new SUV will share its interior styling and rear body styling with the current HS.

The interior appears to be a mild update on the current HS.

MG Motor Australia’s marketing boss Danny Lenartic mentioned to CarsGuide at the launch of the ZST last week that plug-in hybrids would be an important part of the brand’s strategy going forward.

MG Motor Australia is eyeing the eHS PHEV for an early 2021 launch, although it is “focused on the launch of the ZS EV” for the remainder of 2020. The all-electric ZS EV small SUV will arrive on our shores “before Christmas” but will not wear the updated styling of the ZST.

Could MG launch another parallel model lineup as it has done with the ZST?

It is unclear when Australians will see the introduction of MG’s new design language Down Under, with the brand not yet offering firm comment on whether the heavily-teased-internationally new-generation MG5 sedan will also be hitting Australia’s shores. Mr Lenartic additionally mentioned “the MG5 platform is under evaluation” for our market and that “sedans still have a place in Australia” at the launch of the ZST.

Update: Mr Lenartic responded to our questions on this SUV by saying that the pictured vehicle “has been produced exclusively for the Chinese marekt and more information will be released later this month at the Beijing motor show.” He also added the pictured car is “neither an HS or a ZS.” suggesting the brand is filling yet another SUV size-niche. Stay tuned as we update with more information from the Beijing show.