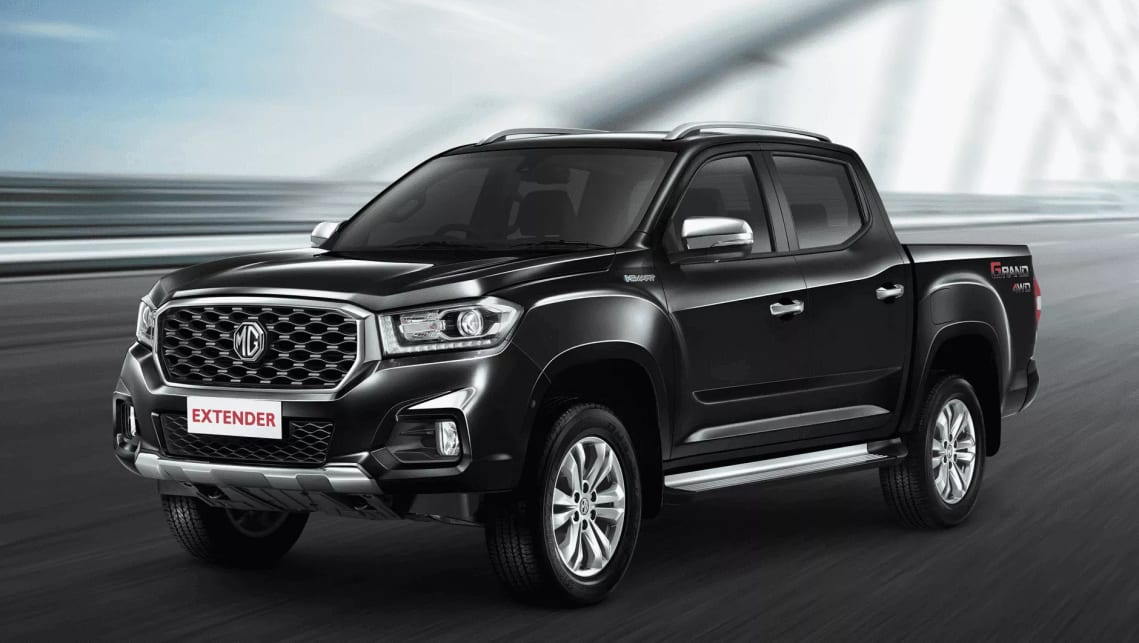 Despite previous suggestions that there may be a chance, MG has confirmed to CarsGuide that it is “not looking at the Extender right now”.

The Extender ute, which launched to the Thai market in 2019, is essentially a re-bodied version of the LDV T60 pick up. Both MG and LDV are owned by the same parent company, Chinese giant SAIC.

While MG Australia’s marketing and product manager, Danny Lenartic, acknowledged that competing in the highly competitive pick-up space “makes sense” and would be a good move for the brand, he said the Thai-market Extender wasn’t the right product.

“If we were going to do that [a pick-up] we’d want it to have a bit more of an MG personality” he said. “We’ve invested in building an identity for MG in Australia, and just bringing the Extender here as essentially a badge-engineered LDV won’t cut it.” He said.

The MG Extender apparently doesn’t have the kind of MG personality the brand wants for the Australian market.

Although this might spell the end of the Extender argument for now, Mr Lenartic indicated that it was not necessarily ‘no’ on a pick-up truck forever. This is also echoed in previous comments made to CarsGuide by MG’s product planning manager, Akshat Ahuja, who said “there’s potential for every vehicle” in the brand’s catalog, and that “we’ll keep evaluating whatever we can, then one day, who knows?”.

The Extender shares its drivetrain with the LDV T60, meaning a 2.0-litre four-cylinder turbo diesel engine (120kW/375Nm) offered with the choice of a six-speed manual or auto in either two- or four-wheel drive.

The brand was keen not to rule out other products in its catalogue, too with Mr Lenartic saying that there’s a chance the MG6 will return to Australia’s market as an EV if market conditions allow.