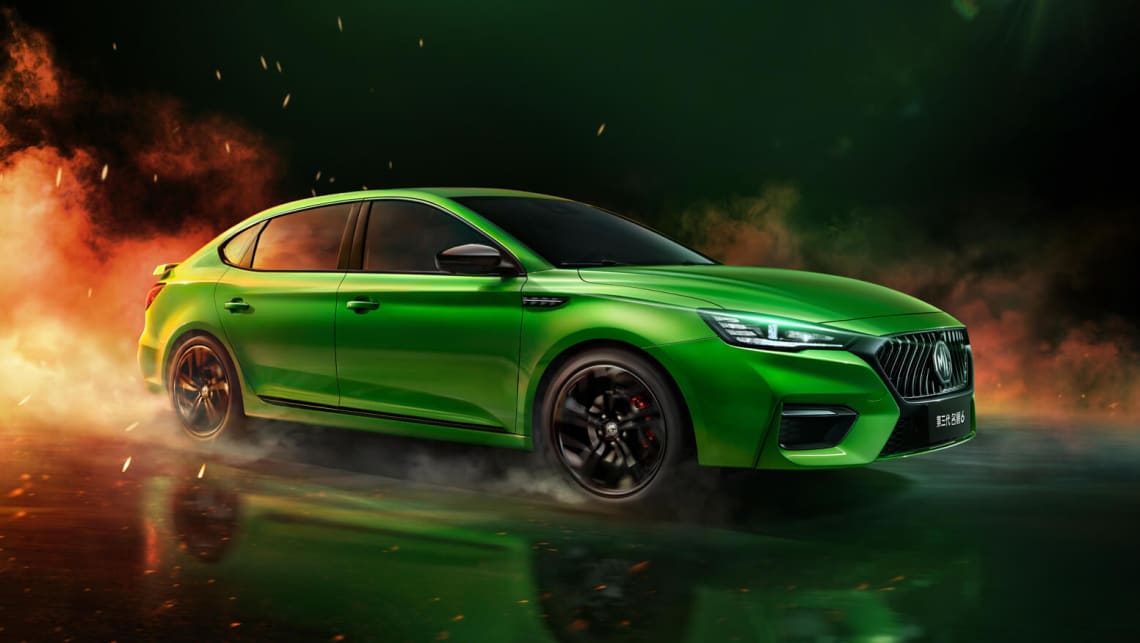 MG Motor has officially thrown the covers off its 2021 MG6 sedan facelift in China.

The design points of the new MG6 were initially leaked, but now the brand has confirmed the new edgier design language, as well as full pricing and specs in its home country.

All MG6 variants are powered by a new 1.5-litre turbo petrol four-cylinder petrol engine producing 133kW/285Nm, driving the front wheels via a seven-speed dual-clutch automatic in a similar (but slightly more powerful) configuration to the brand’s HS mid-size SUV.

The car’s aggressive new styling is headlined by a blacked-out grille, similar paired-back LED headlight clusters to the ZS small SUV, 18-inch alloy wheels, and even a bootlid spoiler on the headline high-spec ‘Trophy edition’. This edition is made to reference an MG6 touring car series run in China.

The headline ‘Trophy Edition’ is in reference to the car’s touring series in its home market.

Base vehicles can be chosen in a more stripped-out specification and a six-speed manual transmission while notably missing advanced safety items.

Inside, a variety of brightly coloured cloth trim choices are available, alongside a Bose premium audio system and a re-worked centre console featuring a larger multimedia screen and an electronic shifter and parking brake. Higher-spec variants even score a fully digital instrument cluster.

The MG6’s interior has also been significantly overhauled.

As with the HS SUV, the new MG6 can be equipped in higher trims with a comprehensive safety suite including auto emergency braking, radar cruise control, blind spot monitoring, lane departure warning and lane-keep assist.

CarsGuide understands from previous conversations with MG’s local team that the current MG6 is not destined for the Australian market (or, indeed, any right-hand-drive market) as “the scale just isn’t there to bring it in”, with the most likely scenario for an MG6 return being as a plug-in hybrid or full EV provided our government changed its stance on electric vehicle (EV) subsidies.

The previous MG6 was axed in Australia in 2019 due to slow sales.