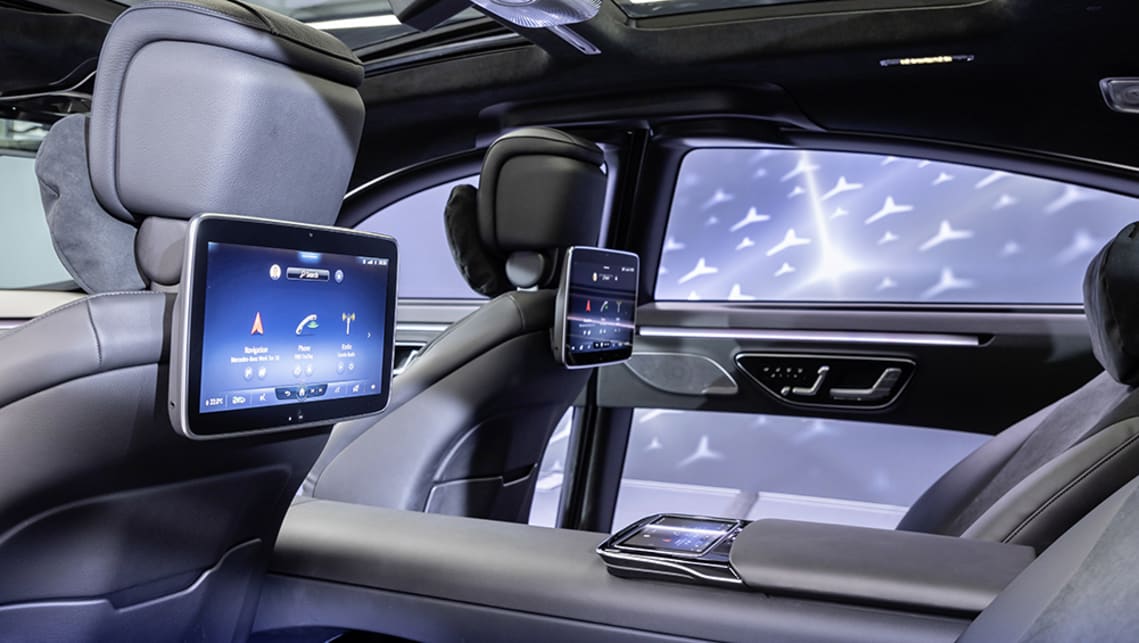 The next-generation S-Class sedan will debut a new version of the MBUX multimedia system, which will extend functionality to the second row and adopt more smartphone-like technologies.

According to Benz, “in an S-Class, and especially in the main markets of China and the USA, the boss often sits in the rear”, and as such, comes fitted with up to three screens in the rear that can control all multimedia functions.

Navigation, phone and radio settings can be controlled from the rear, while content sharing functionality is also added to pass around photos, music and other files.

Underpinning this new system is the next-generation of MBUX that has 50 per cent more processing power than the current systems found in models such as the A-Class hatchback.

It’s not all about the backseat though, as the centre touchscreen display is now a 12.8-inch high-definition screen laid out more vertically than before, which also has the option to be upgraded to an OLED unit.

Mercedes has ditched 27 physical buttons to keep things clean, while also integrating the climate controls into the touchscreen.

The driver display also sports a glasses-free three-dimensional effect, while a version of the head-up display will also feature augmented reality technology that will overlay navigation instructions onto the road.

The ‘Hey Mercedes’ activated voice assistant has also been improved with more supported languages and dialogue, as well as functionality from the second row.

Other smartphone-like technologies arriving on the next iteration of MBUX include fingerprint, facial and voice recognition for “access to individual settings or verification of digital payment processes from the vehicle”, though exactly what these transactions will be is still unclear.

The MBUX system will also talk with the vehicle’s safety systems and sensor data for features such as detecting whether a child seat is installed correctly in the front seat, and checking blind spots for upcoming traffic when the intention to exit is sensed.

Little else is currently confirmed for the next S-Class, but Mercedes will unveil the new model in September and has already announced a plug-in hybrid version that will sport an all-electric range of around 100km.