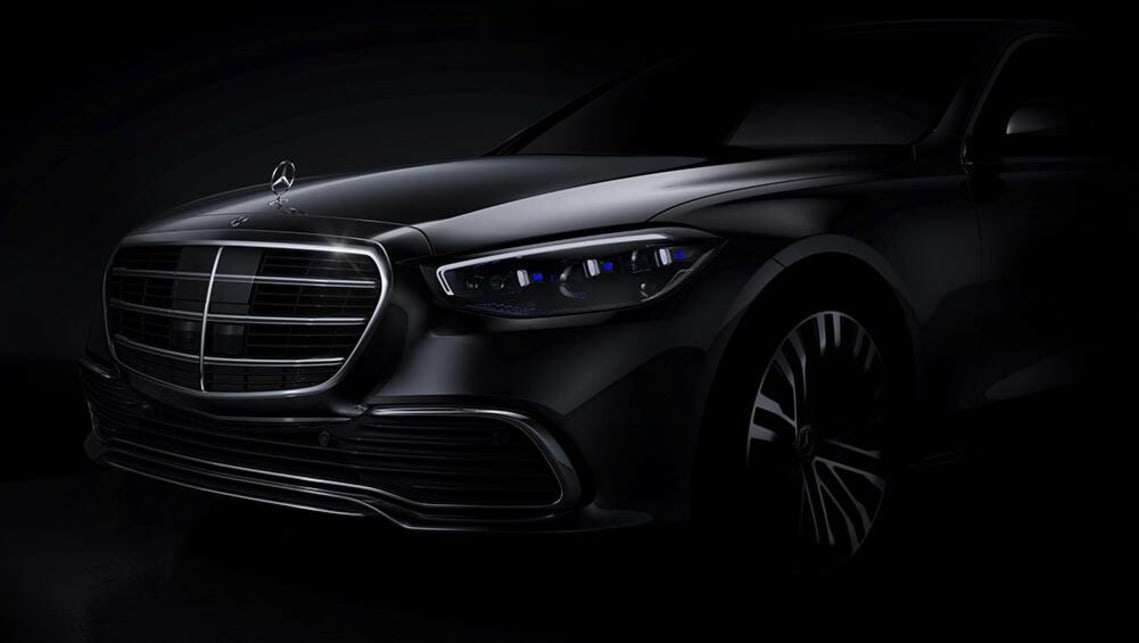 Mercedes-Benz has confirmed that its new-generation S-Class flagship will launch later this year as a “technological tour de force”, according to the brand’s boss Ola Kallenius.

Speaking at a unique digital presentation, Mr Kallenius confirmed the seventh-generation S-Class is still on track for a 2020 release, despite the shift in focus due to the Coronavirus pandemic.

“This is a very big year for us, and even though we are fighting the COVID-19 challenge, we’re not taking our eye off the ball strategically,” he said.

“Of course, this year is a special year for us, it’s the year we launch our flagship car, the S-Class, and that only comes around every so often.

“That’s happening in the second half of the year, and we’re quite excited about it.”

Though Mr Kallenius did not spill on any specific details about the new S-Class, he showed off a shadowy image of the new car’s nose, revealing a large front grille, slimmed down headlights and a reworked bumper in line with the likes of the C-Class and E-Class siblings.

As with previous-gen S-Class’, Mercedes’ flagship passenger car will also debut cutting-edge technologies, but like its styling, Mr Kallenius is still playing his cards close to his chest.

“It’s going to be a technological tour de force, it’s really where we put our brightest minds and most creative people into inventing what the technologies of the future are really going to be,” he said.

Expect to see features such as new iteration of the Mercedes-Benz User Experience multimedia and digital instrumentation system, as well as improved safety and autonomous driving technologies, and the S-Class’ signature ultra-plush ride characteristic.

Alongside the new S-Class, Mr Kallenius said Mercedes is also prepping the EQV electric van for this year, while the EQS electric limousine is expected to break cover for next year.