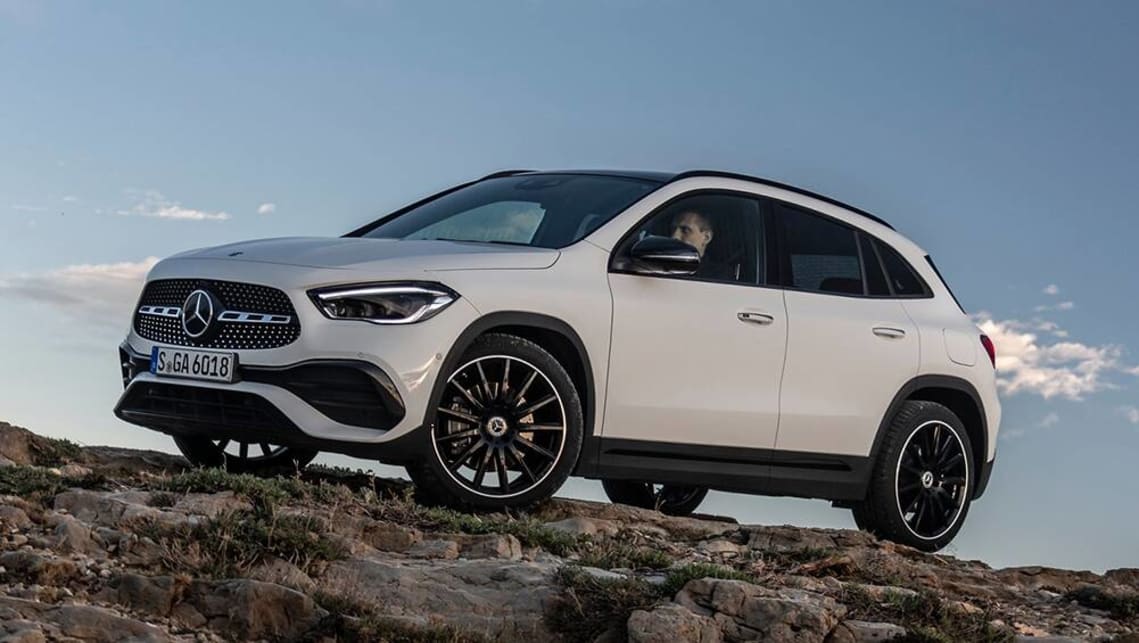 Starting off from $55,100 before on-road costs, the GLA 200 will be the least expensive version of the new-generation GLA when sales commence next month, representing a sizeable $9500 jump over the outgoing GLA 180.

We understand that a new entry-level GLA 180 is actually waiting in the wings, but there’s no word for now as to if or when that will launch. Note that there will be no diesel-powered successor to the old slow-selling GLA 200d.

Next up is the expected crowd-favourite GLA 250 4Matic, from $66,500. As the name suggests, that includes an on-demand all-wheel-drive system instead of just front-wheel drive, but the newcomer is $3500 costlier than before.

As outlined previously, the latest GLA is an altogether larger proposition than its compact predecessor, despite sharing very similar styling cues as well as silhouette. For starters, it’s some 122mm taller, so offers a higher hip point for loftier seating – reducing that jumped-up hatch feel from before. Headroom improves, as does rear legroom, a corollary of a 30mm wheelbase stretch (to 2729mm).

On the safety front, improved autonomous emergency braking performance reduce the chances or severity of a collision with objects including pedestrians; a blind spot assist feature alerts exiting occupants of cyclists and other moving objects that they may otherwise hit; there’s more effective lane-assist tech, a cross-wind mitigation system, better traffic-sign recognition, an active bonnet to reduce pedestrian/cyclist impact injuries, nine airbags and the latest ‘Pre-Safe’ accident anticipatory feature that prepares the vehicle for an imminent incident.

Among the notable options are updated semi-autonomous driver-assist tech like stop/start and traffic-crawl adaptive cruise control.

The GLA 200 is powered by a 1.3-litre four-cylinder turbo petrol engine, driving the front wheels via a seven-speed dual-clutch transmission (DCT), offering 120kW of power and 250Nm of torque. In Euro-spec guise, the GLA 200 can sprint from zero to 100km/h in 8.7 seconds, on the way to a top speed of 207km/h.

As with all MFA2-generation transverse-engine Mercedes models like the latest A-Class, B-Class and recently released GLB-Class, the new GLA boasts a 10.25-inch digital screen, a quintet of turbine-style air vents, MBUX multimedia system featuring ‘Hey Mercedes’ voice actuation and a multitude of configurable instrumentation displays. All models include a multi-link rear suspension design.

Lastly, the GLA 45 S’ $15K price rise over the old model is somewhat justified by its AMG Race Start launch control and timer system, up-rated ‘performance’ AWD, and various upgrades for the seating and audio (a Burmester-supplied arrangement).

Sadly, the GLA 25e plug-in electric vehicle will be unavailable for now, due to left-hand-drive-only production at this stage.