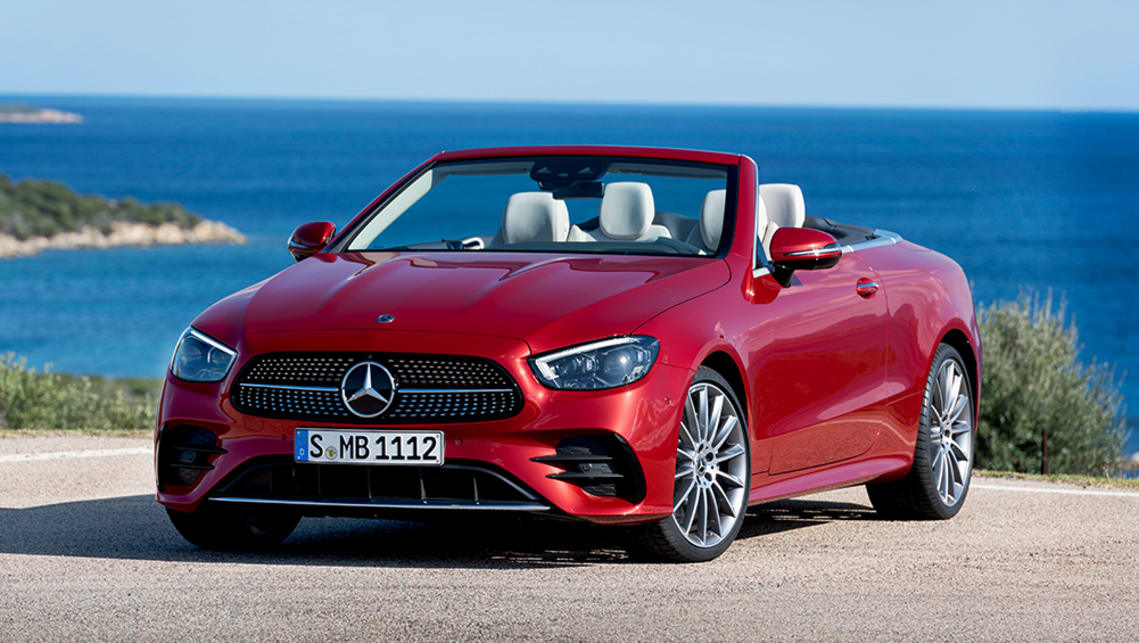 Mercedes-Benz has revealed the facelifted versions of the current-generation E-Class large coupe and Cabriolet.

Due in Australia around October, the new E-Class coupe and Cabriolet mimic the facelift of their sedan sibling, which debuted in March.

That means the pair gets new headlights, redesigned grilles, refreshed bumpers, fresh sets of alloy wheels and tweaked tail-lights as part of their exterior changes.

Inside, Mercedes-Benz’s latest MBUX multimedia system has been introduced, with it powering a pair of displays (central touchscreen and digital instrument cluster) measuring up to 12.3 inches in diameter.

Advanced driver-assist systems now extend to emergency assist, which works in tandem with the new ‘intelligent’ steering wheel’s touch-sensitive controls to detect when the driver is incapacitated and pull the vehicle over safely.

48V mild hybridisation is more widely available, with Mercedes-Benz’s EQ Boost system expanding to the E-Class coupe and Cabriolet’s E200, E300 and E450 variants, having previously been the reserve of their AMG E53 flagships.

Australian pricing and specification won’t be confirmed until closer to the E-Class coupe and Cabriolet’s launch. For reference, the current models range in price from $101,700 to $188,000 plus on-road costs.