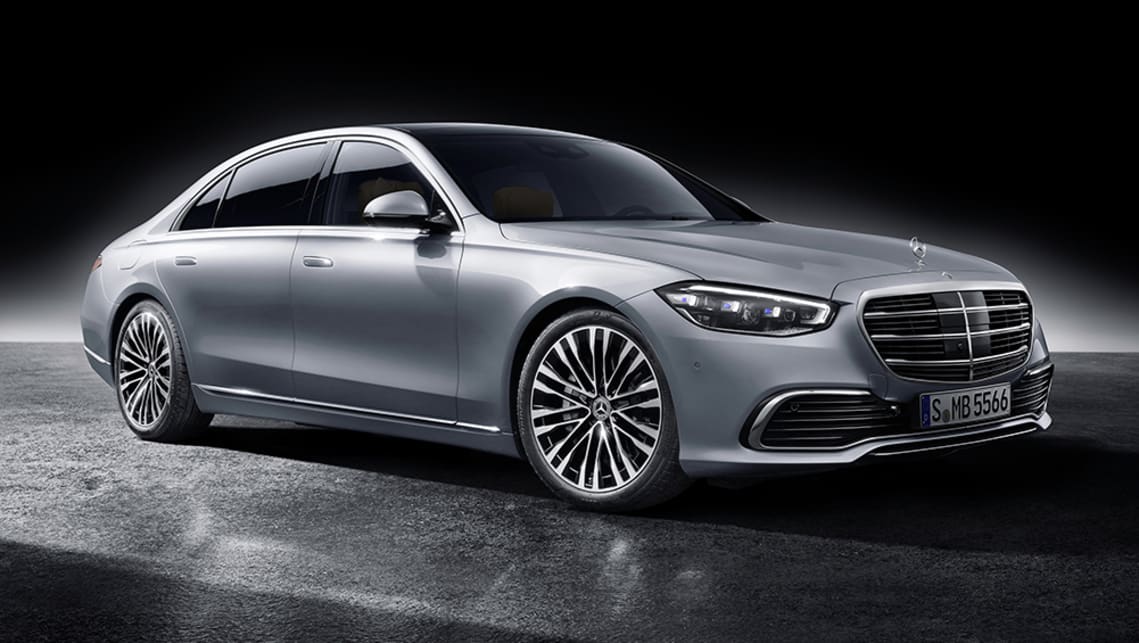 Mercedes-Benz has confirmed its next-generation C-Class will break cover next year, likely sporting design and tech influences from the just-revealed S-Class flagship.

Though some new Mercedes technologies have debuted on other models in the past and trickled up to more expensive models, Mercedes-Benz boss Ola Kaellenius hinted that the new C-Class will likely be heavily influenced by the seventh-gen S-Class.

“Back in the day, many years ago now, the logic at Mercedes was ‘we got it in the S-Class’ – that happens every seven or eight years – and then we have a gradual trickle down,” he said.

“We’ve already departed from this philosophy, I would say, in the last five to seven years. We have switched to say every single new architecture or major model gets innovation.

“This week we talk about S-Class, but to illustrate it, next year comes the new C-Class.

“(Even though) the C-Class is already nine months behind its bigger brother, you already have a small S-Class in the C-Class.”

That doesn’t mean new technologies won’t debut on the C-Class though, with rumours pointing to a diesel-hybrid powertrain for European markets as well as an electrified AMG engine.

However, the new C-Class could adopt the S-Class’ new portrait-style multimedia system, and in-cabin tech such as 3D driver display and augmented reality head-up display.

More information on the next-gen, volume-selling C-Class mid-sizer, earmarked for a mid-2021 reveal, is expected later this year when the brand announces a roadmap for its future plans.

An example of Mercedes’ trickle up approach to technology is the MBUX multimedia system that debuted on the fourth-generation A-Class hatchback in 2018, before migrating to the Sprinter van and other models.

Likewise, Mercedes’ 48-volt EQ Boost mild-hybrid technology was first introduced on the 2018 AMG CLS53 before being fitted to the entry-level C-Class, and other models, in 2019.

The all-new S-Class now features both aforementioned technologies, though it evolves the MBUX system to its next-gen form with faster processors and a portrait-orientated touchscreen.

With the S-Class no longer the bastion for cutting-edge vehicle technologies, Mr Kaellenius said Mercedes is able to rollout and democratise innovations much quicker.

“You alluded to MBUX, I mean, almost deliberately, we launched that in our A-Class, where we have our youngest customer to make the point; ‘Mercedes now has a connected car that can be understood intuitively by everybody and we take it seriously’,” he said.

“We trickle up and trickle down quickly, and we have developed an engineering system now whereby the innovations that we launch can very quickly come to the other vehicles.”