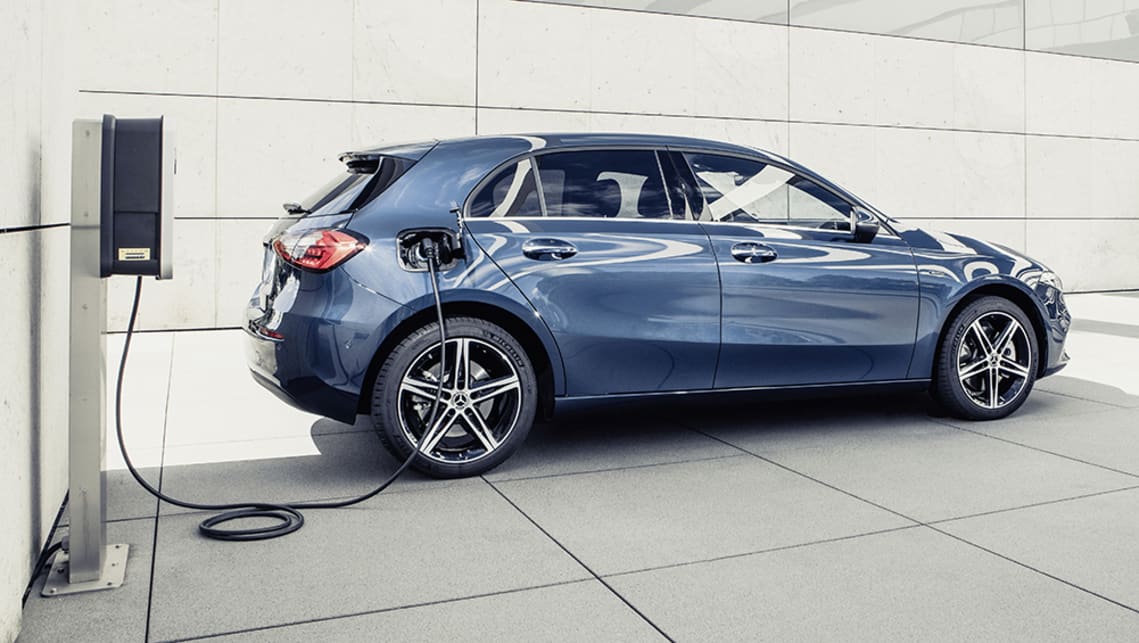 Mercedes-Benz Australia has launched the plug-in hybrid electric version of its A-Class hatchback and sedan, dubbed A250e, priced at $63,400 before on-road costs and $66,000 respectively.

Drive is sent exclusively to the front wheels (no 4Matic all-wheel-drive option available to the hybrid like the standard A250) via an eight-speed automatic transmission, while the rest of the A-Class range – barring the top-spec AMG A45 S – make do with just seven ratios.

The result is a zero-to-100km/h spring time of 6.6 seconds for the hatch and 6.7s for the sedan, just 0.4s off the pace of the non-hybrid FWD counterparts.

With a 15.6kWh battery in tow, the A250e will travel up to 73 kilometres on a single charge before switching to the petrol engine for propulsion, resulting in a miserly fuel consumption figure of 1.6 litres per 100km.

Equipped with a Type 2 plug capable of a maximum 3.7kW charging rate as standard, buyers can also opt for a DC Charging Package for $1490 that ups the ante to 24kW to cut the zero-to-80 per cent juice time to 25 minutes.

The petrol-electric hybrid powertrain can be set to ‘Electric’ and ‘Battery Level’ modes, while the usual ‘Comfort’, ‘Eco’ and ‘Sport’ driving modes are also on offer.

The added hybrid componentry does eat into the boot capacity though, with the hatch and sedan down 60 and 75 litres apiece to 310L and 355L.

To try and converse practicality, Mercedes has installed a smaller 35L fuel tank (down from 51L) and modified the exhaust.