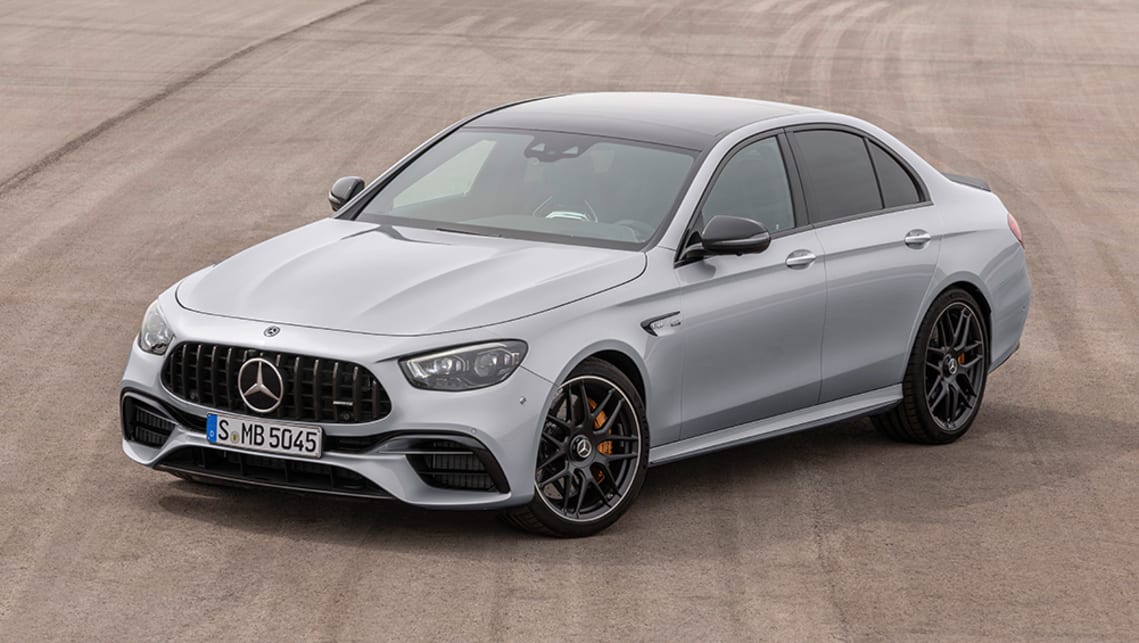 Mercedes-AMG has revealed the facelifted version of the third-generation E63 large sedan, which will rocket into Australian showrooms in the fourth quarter this year.

Unlike the pre-facelift model, the new E63 will be exclusively offered in flagship S guise, meaning local buyers will be treated to the 450kW/850Nm tune of its 4.0-litre twin-turbo V8 petrol engine. For reference, the non-S variant ‘only’ punches out 420kW/750Nm.

Either way, this unit is still mated to a nine-speed dual-clutch automatic transmission and Mercedes-AMG’s fully variable 4Matic+ all-wheel-drive system. This combination helps the E63 S sprint from a standstill to 100km/h in just 3.4 seconds.

In terms of the facelift, the E63 once again follows in the tyre tracks of the E-Class upon which it is based, with it ushering in tweaked front and rear fascias.

Inside, the E63 steps up with Mercedes-AMG’s latest multimedia system, MBUX, and its associated physical inputs and specific content, as well as a redesigned AMG Performance steering wheel, which has touch-sensitive controls.

Pricing and full specification for the BMW M5 Competition rival will be released closer to its launch. For reference, the current model charges $248,600 plus on-road costs.