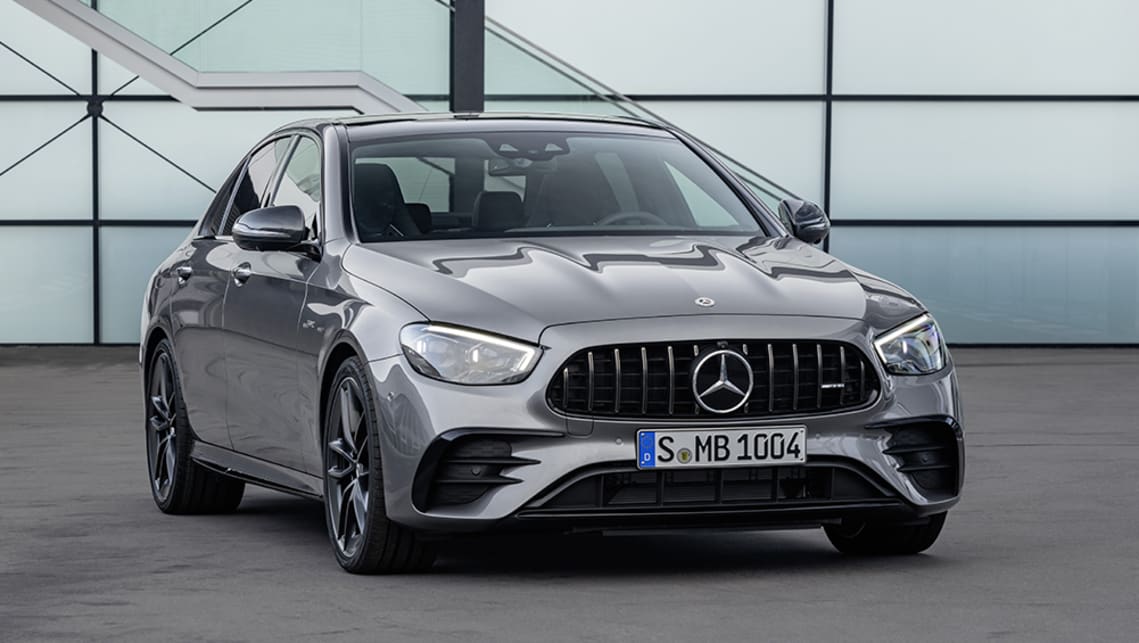 The Mercedes-AMG E53 2020 model luxury performance sedan has been revealed ahead of its imminent arrival in Australia at the end of the year.

The new-look model follows in the footsteps of the regular E-Class range, with a facelift to freshen up the exterior design.

The cabin has seen some revisions, namely to the steering wheel. Benz’s new AMG Performance steering wheel “creates an even closer link between human and machine”, and just like the regular new-look E-Class, the E53 AMG model has twin spokes on both sides of the wheel with different functionality.

The top two are to control the two 12.3-inch screens, while the bottom two control phone and cruise control settings. These ‘buttons’ are capacitive and have haptic feedback, and also there are sensors in the steering wheel to detect if the driver’s hands are present. Plus there are the dual drive mode controllers with colour screens below those spokes, and there are also new larger, re-shaped paddle-shifters to change gears: so there’s arguably little reason for the “hands-on” system to activate.

Carried over is a 3.0-litre inline six-cylinder petrol engine with Mercedes’ EQ Boost starter-alternator setup with 48-volt battery system, which adds a boost of 16kW and 250Nm to the engine’s 320kW and 520Nm. This drivetrain comprises a nine-speed AMG Speedshift TCT automatic transmission and the brand’s fully variable 4Matic+ all-wheel drive system. The 0-100km/h time for the sedan is claimed at 4.5 seconds, while the wagon claims 4.6sec.

Vehicles fitted with the AMG Driver’s Package will see the top speed bumped to 270km/h, up from an already generous 250km/h.