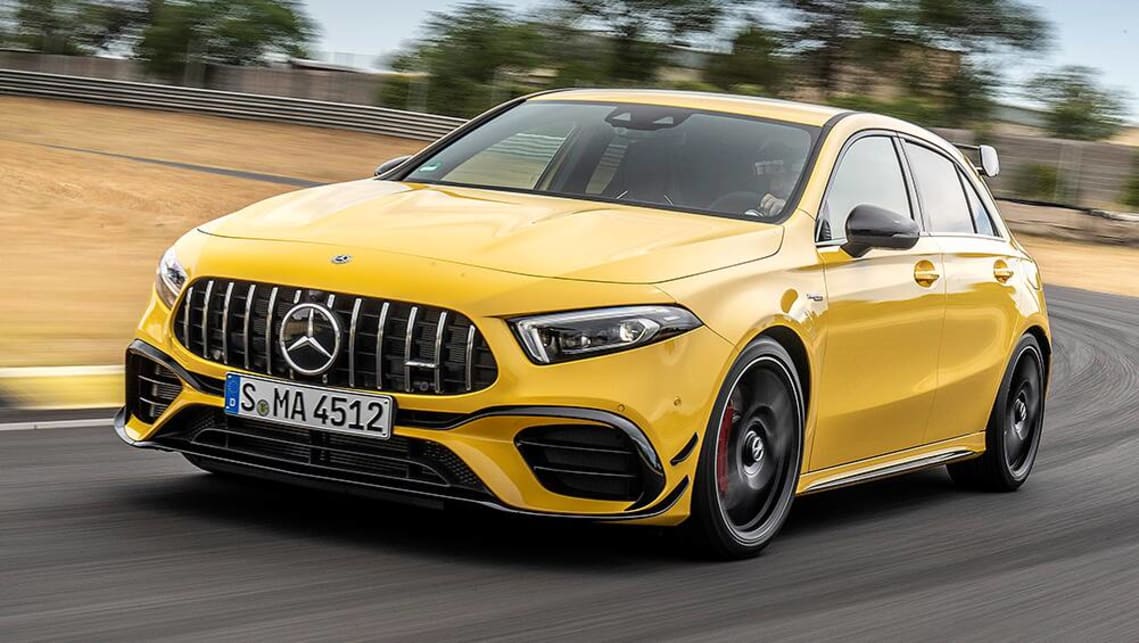 Mercedes-AMG has confirmed pricing for its flagship A45 S hot hatch and CLA45 S go-fast sedan, which will set buyers back $93,600 before on-road costs and $111,200 respectively.

Both versions are powered by the same 2.0-litre turbo-petrol four-cylinder engine, outputting 310kW/500Nm (30kW/25Nm more than before) to all four wheels via an eight-speed dual-clutch automatic transmission.

Of note, the engine is actually the same powering the just-revealed Mercedes-AMG GLA45 S.

As a result, the A45 S can blitz the zero to 100km/h acceleration in 3.9 seconds, while the larger CLA45 S will need just 0.1s more, thanks to a ‘Race Start’ launch control mode.

However, the increase in performance also comes at a cost, with the A45 jumping $18,108 in price and the CLA45 now $20,530 more expensive than their respective predecessors.

Bringing both the A45 S and CLA45 S to a stop are six-piston front brakes and single-piston rears, both with ventilated and perforated discs.

An AMG drive-mode selector is also included as standard, which tweaks settings such as suspension setup, throttle response, steering weight and traction systems.

Inside, both cars are fitted with the Mercedes-Benz User Experience (MBUX), which features two 10.25-inch screens – one for the multimedia system and the other for the customisable instrumentation.

AMG-specific readouts are also available, which can display a race timer, G-meter and engine data.

Differentiating themselves from the standard A-Class and CLA range, both AMG-fettled flagships wears sports bodykits, wider wheelarches and a new front grille.

On the safety front, both are fitted with a surround-view monitor, LED headlights with adaptive highbeams, lane-keep assist, blind-spot monitoring and autonomous emergency braking.