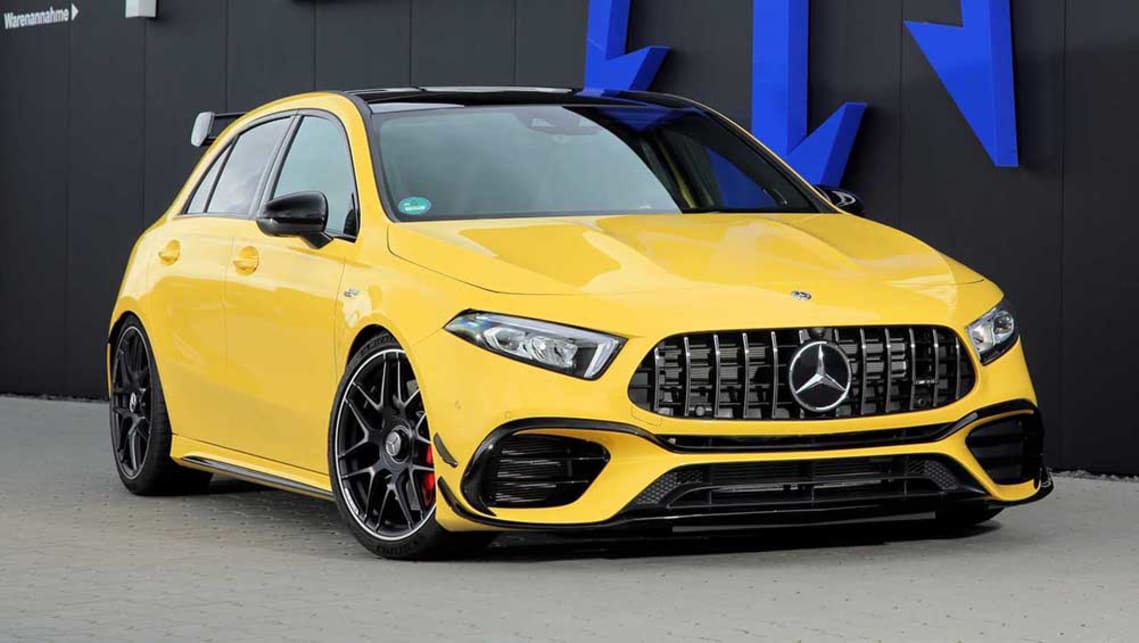 Boasting the highest output yet for any production four-cylinder engine, the 310kW/500Nm Mercedes-AMG A45 S hyper hatch should be more than enough performance for most.

However, if you want to take it to the next level, aftermarket tuner Posaidon has made available its RS 525 upgrade kit that turns the wick up to 386kW/600Nm thanks to a new turbocharger and ECU retune.

With a 76kW/100Nm jump in output, the Affalterbach hero will outpunch proper performance cars such as the 331kW/550Nm Porsche 911 Carrera S and 331kW/550Nm BMW M4 Competition, while almost matching its 375kW/700Nm Mercedes-AMG C63 S sibling that boats twice as many cylinders.

Posaidon will also fettle with the eight-speed dual-clutch automatic transmission settings, resulting in a 0.5-second quicker 0-100km/h time of 3.4s thanks to launch control and all-wheel-drive grip.

Top speed is also unrestricted, which means the hero hatchback will max out at 324km/h.

For those not wanting to swap out the turbo, Posaidon also offers a standalone ECU upgrade taking outputs to 342kW/560Nm.

Aside from the power bump, Posaidon is also working on upgrades to the braking and exhaust systems, as well as full-carbon 20-inch wheels tipping the scales at 4.9kg each.