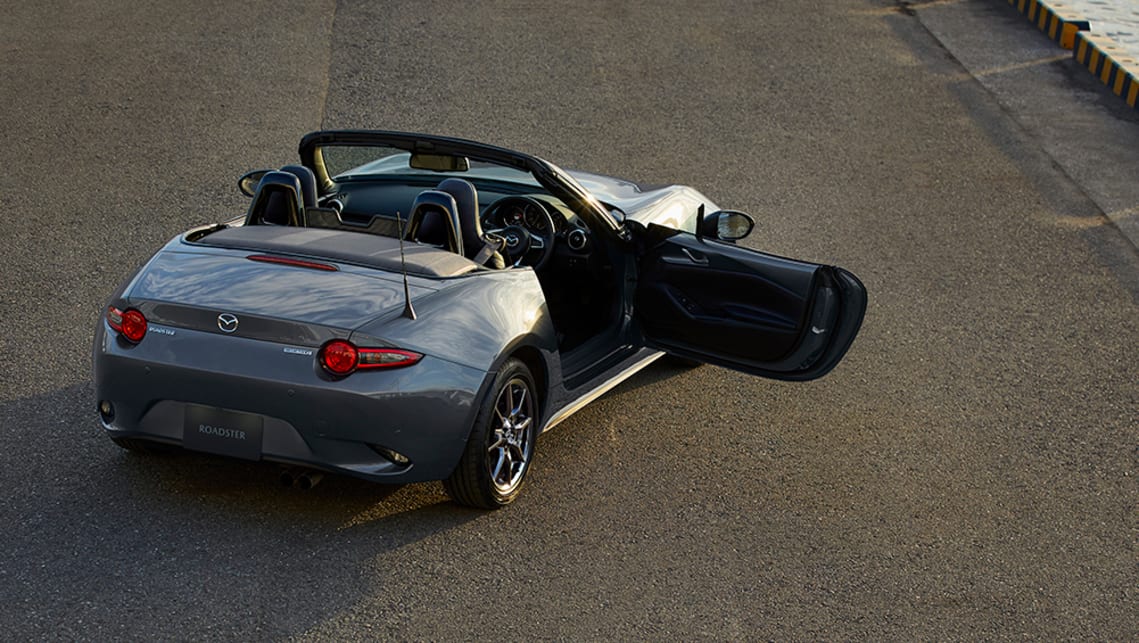 Lost in the shuffle of a busy Tokyo motor show for Mazda two months ago was the reveal of the MY20 MX-5 sports car, which has now been officially confirmed for Australia ahead of deliveries starting early next year.

The MY20 MX-5 will be hard for even the most prolific of trainspotters to pick out from a crowd when it arrives, as Mazda’s “considered styling enhancements” are very minor.

Having debuted on the new-generation Mazda3 hatch earlier this year, Polymetal Grey metallic paintwork is now an option for the MX-5 and provides the greatest point of differentiation.

“Understated yet striking, Polymetal Grey fuses the hard appearance of metal with the characteristic glossy smoothness of plastic to more vividly highlight the body’s flowing form”, according to Mazda.

The black and tan leather upholsteries available in some other versions have now added perforations “that give a sporty texture and boost to comfort”, while Mazda has also introduced stainless-steel scuff plates in the GT grade.

All variants get a new-look key fob and refreshed ‘Mazda’ badging.

Mazda Australia has confirmed the MX-5’s soft-top roadster and hardtop RF body styles will carry over alongside the choice of 1.5- and 2.0-litre naturally aspirated four-cylinder petrol engines and six-speed manual and automatic torque-converter transmissions.

Pricing and specification details will be confirmed closer to the MY20 MX-5’s release. For reference, the current model ranges in cost from $35,390 to $50,420 plus on-road costs.