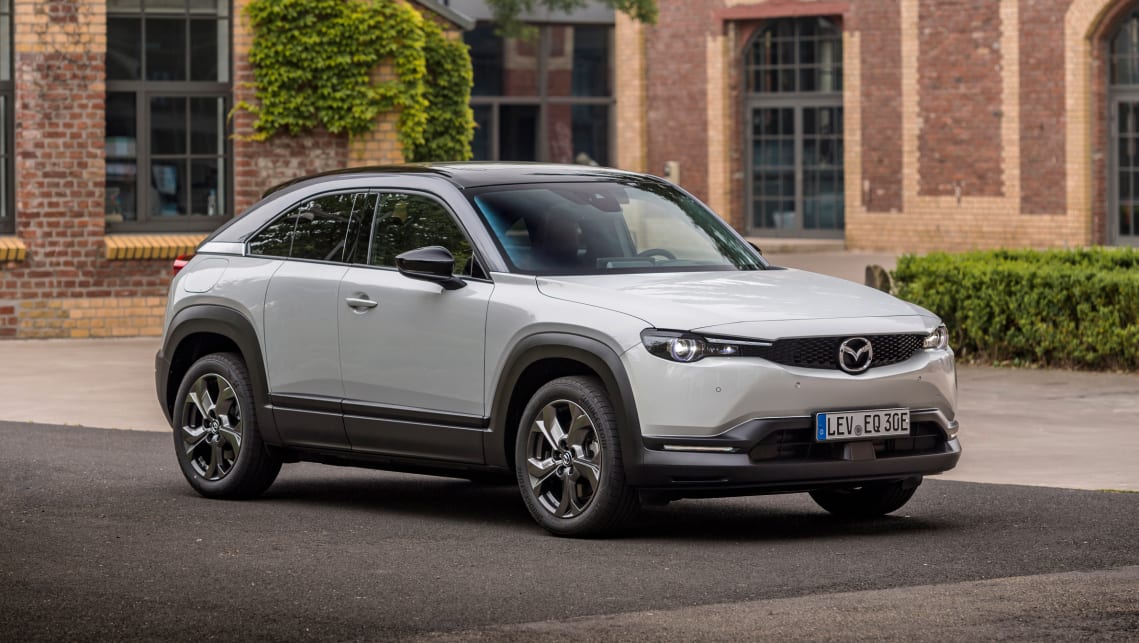 New Mazda MX-30 2021: Would a full EV or a range-extender be more sensible in Australia?

Mazda’s incoming MX-30 all-electric SUV is getting a range-extender version, but what would work better for Australians?

To find out, we quizzed Mazda Australia marketing boss Alastair Doak at the launch of the Mazda3 SkyActiv-X.

When asked if a decision had been made on bringing the MX-30 to Australia, Mr Doak told us: “We’ve made no decision yet. We said we’d decide by mid-year, but this has been affected by other things [referring to the virus pandemic]. We will make a decision in the coming months.”

But if it was to arrive, would the range-extender version (rumoured to be resurrecting the rotary engine) be right for Australia – or would we be better off with the fully-electric version?

“The range extender won’t be available for quite some time,” Mr Doak said. “I think in terms of scale… Sydney and Melbourne are big cities, the EV really delivers its biggest environmental gain in that city environment.

The range extended version of the MX-30 would hopefully lift it well beyond a roughly 200km range.

“There’s no ‘either or’ situation here, what really makes a difference is whether your electricity is provided by renewables.”

While the MX-30 still hasn’t been confirmed for our market, the brand has said before how “keen” and “hopeful” it is to bring the small SUV Down Under to compete with the likes of the Hyundai Kona Electric.

Mr Doak’s comments echo those of Mazda executives earlier in the year, who were evidently concerned by the “life-cycle” of CO2 emissions – including everything from how the vehicle is built to how electricity to charge it is sourced.

The MX-30 features a more digitised interior to go with its ‘e-SkyActiv’ drivetrain.

The full-electric MX-30, which is confirmed to be arriving in other right-hand-drive markets like the UK and Japan, has power outputs of 105kW/265Nm and is backed by a 35.5kWh battery pack good for a driving range of around 200km. To properly compete with the Hyundai Kona EV for example, it would need a range closer to 400km.

Mazda’s managing director has lamented issues in bringing EVs to Australia in the past, telling CarsGuide in October of 2019 that our country’s lack of EV infrastructure and government incentives make it a “challenging market” for such cars.