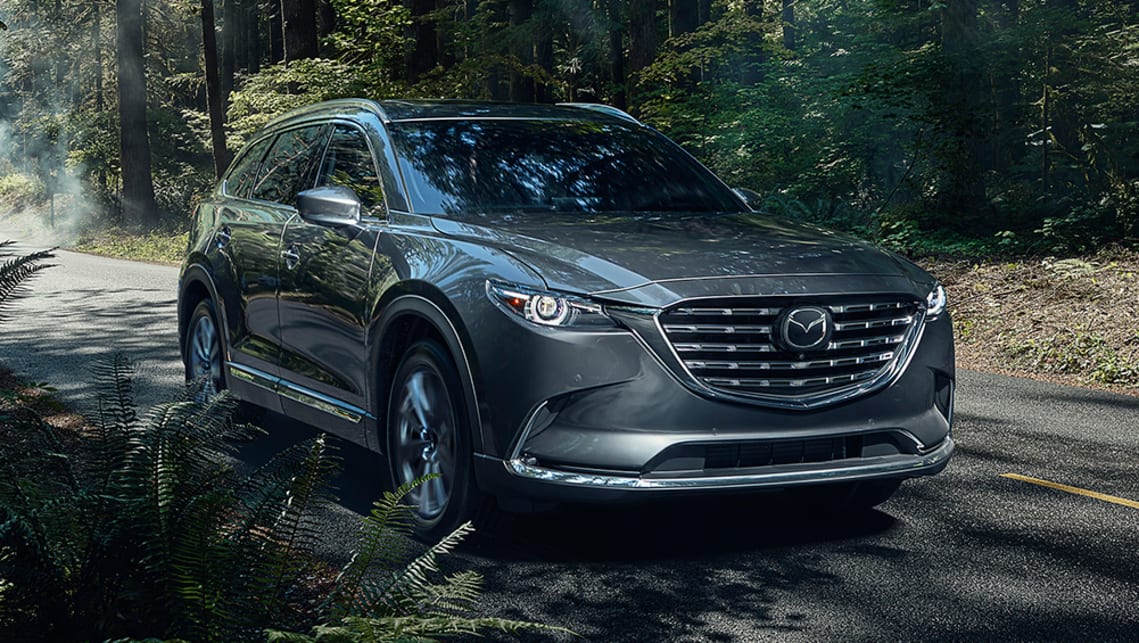 Mazda has updated the CX-9 for MY21, with both safety and technology improved in the large SUV.

Revealed in the US, the MY21 update doesn’t exactly stand out from the CX-9 crowd, with the main differences being the availability of new variant-dependent grilles and alloy wheels, the latter measuring 18 to 20 inches in diameter.

Look inside, though, and what separates new from old becomes immediately apparent, with the central display now measuring 10.25 inches in diameter, up from 9.0 inches.

Better yet, the new set-up is powered by Mazda’s latest-generation multimedia system, although it’s not clear if it’s the absolute latest one used by the new-generation Mazda3 small car and CX-30 small SUV.

Meanwhile, a wireless smartphone charger is now fitted ahead of the gear selector in select variants, while patterned aluminium trim is present alongside new seat quilting and piping.

As before, the CX-9 is exclusively powered by a 170kW/420Nm 2.5-litre turbo-petrol four-cylinder engine, which is mated to a six-speed torque-converter automatic transmission.

Speaking to CarsGuide, a Mazda Australia spokesperson confirmed “many of the announced CX-9 updates in the US are available to us” locally.

“Mazda Australia is currently assessing how these are incorporated in the local model range, with an emphasis on the key infotainment updates. We will advise once a decision has been finalised,” they added.

For reference, the seven-seat Kia Sorento and Hyundai Santa Fe rival is currently priced from $45,920 to $69,303 plus on-road costs.