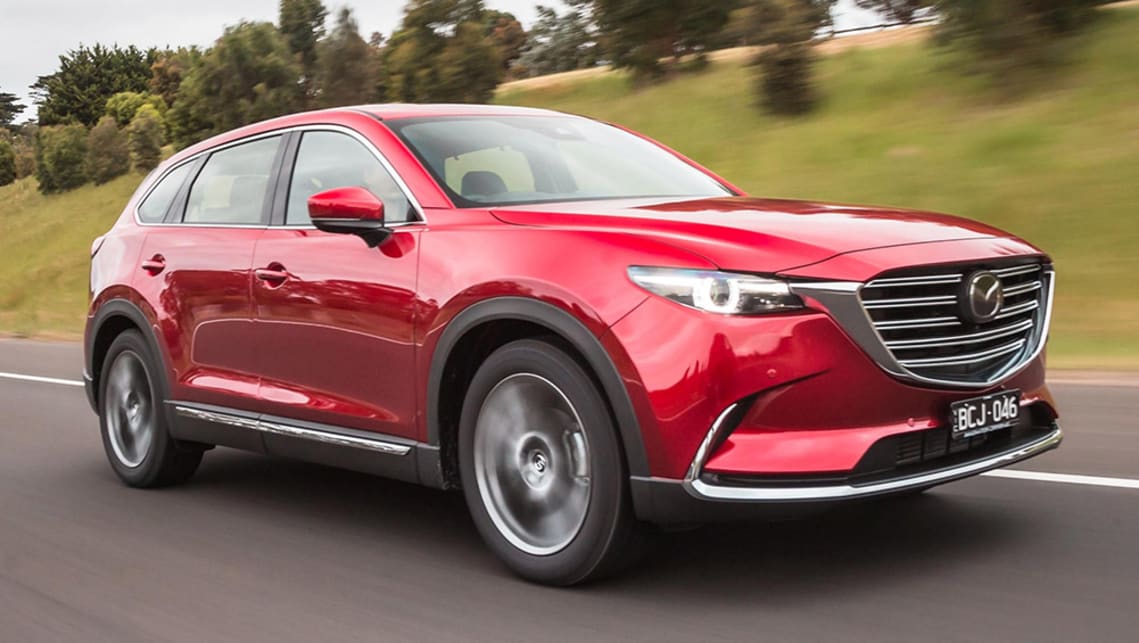 Mazda Australia has brought in an updated version of its popular CX-9 seven-seat large SUV for the new year, adding a number of small specification improvements and a reshuffle in price.

Now kicking off at $45,920 before on-road costs, the entry-level front-wheel-drive (FWD) CX-9 Sport is $500 more affordable than before.

However, the Azami also gains an “improved, smoother, higher-quality feel” to the white or brown Nappa leather interior, according to Mazda.

Justifying the rest of the price changes is the introduction of the latest G-Vectoring Control Plus system, which uses the brakes to straighten the vehicle after a turn.

Auto-hold brakes are also added to the line-up, which will hold the CX-9 at a stop even if the brake pedal is not depressed.

The autonomous emergency braking (AEB) system can also detect pedestrians at night, while Mazda Australia also says the adaptive LED headlights have been “improved” and “offer great visibility without dazzling other road users”.

Inside, a larger 9.0-inch multimedia screen is installed, as are USB ports and a quick-release switch for third-row occupants.

The rear tailgate also benefits from gesture controls, with the boot able to be open and closed with a kicking manoeuvre.

The only exterior distinction of the updated CX-9 is new-look wheels, with bright and dark finishes applied tow the 18- and 20-inch components respectively.

No changes have been made to the CX-9’s powertrain, which is still a 170kW/420Nm 2.5-litre turbo-petrol four-cylinder engine and six-speed automatic transmission.

The new CX-9 will hit Australian showrooms this month.