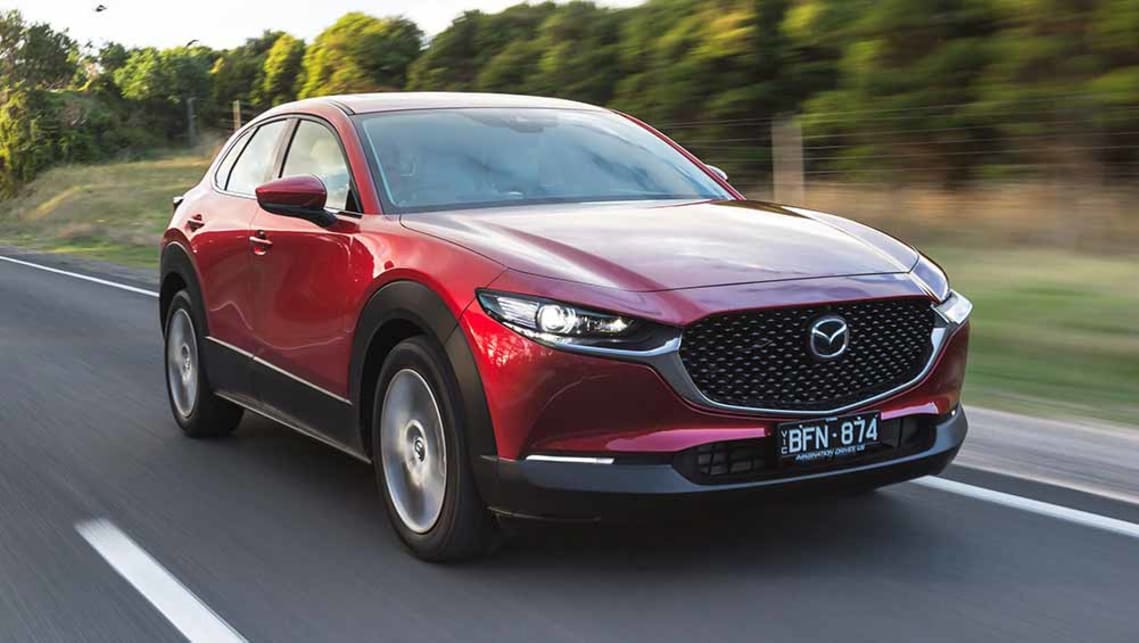 Just when you thought Mazda was done increasing the performance of its key models, it’s reportedly gone ahead and added its now-ubiquitous 2.5-litre turbo-petrol four-cylinder engine as an option to the new CX-30 small SUV.

Citing an “early order guide”, CarsDirect claims the US-market MY21 CX-30 due to enter production in November will be available with the 2.5-litre turbo-petrol four-cylinder engine, which was recently added as an option to the mechanically related Mazda3 small car.

That said, if you fill the CX-30 2.5 Turbo with ‘regular’ 87 octane fuel instead and it’ll make 170kW/420Nm – the same outputs the 2.5-litre turbo-petrol four-cylinder engine develops in the Australian-market Mazda6 mid-size car, CX-5 mid-size SUV and CX-9 large SUV.

Of note, local petrol options are typically 91RON, 95RON and 98RON, so it remains to be seen exactly how potent the CX-30 2.5 Turbo will be locally – if it launches here.

As reported, Mazda Australia has confirmed it has no plans to sell the Mazda3 2.5 Turbo revealed last month due a lack of right-hand-drive production, and the same could prove true of the CX-30 Turbo.

Either way, the CX-30 2.5 Turbo will continue to follow in the Mazda3 2.5 Turbo’s tyre tracks by being exclusively all-wheel drive. It’s also expected to have one transmission option: a six-speed torque-converter automatic.

The 2.5 Turbo will stand out from the CX-30 crowd with by also adding an engine sound enhancer, black 18-inch alloy wheels and side-mirror covers, larger exhaust tailpipes and ‘Turbo’ badging, among other features.