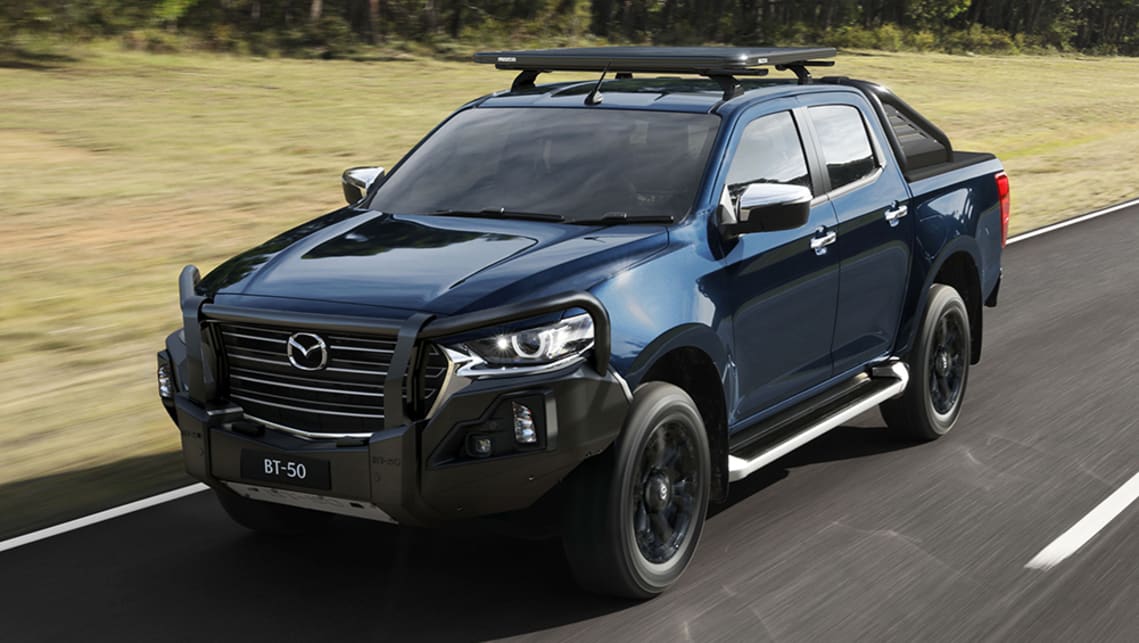 Mazda Australia has revealed some of the genuine accessories the new-generation BT-50 ute will launch with in October.

More than 100 genuine accessories will be available for the BT-50, with all to covered by Mazda Australia’s five-year/unlimited-kilometre warranty when purchased with the ute.

To be exclusively sold via Mazda Australia’s dealer network, a premium bull bar was designed by the company’s in-house engineering team with a focus on heavy-duty use.

Made of high-grade steel finished in black, the premium bull bar has headlight hoops to fully protect the BT-50’s front end from collisions. Speaking of which, it’s compatible with the ute’s full suite of advanced driver-assist systems, including the front parking sensors.

The premium bull bar has been tested to ensure engine and transmission cooling are unaffected, while extensive durability testing was also carried out.

While the premium bull bar is fully compatible with the BT-50’s LED headlights, indicators and daytime running lights, it also features mounting points for driving lights and light bars.

Meanwhile, a premium sports bar also designed by Mazda Australia’s in-house engineering team will be on sale, too, with it made of black-finished steel.

The premium sports bar features side plates with ‘BT-50’ branding and can be complemented by a soft tonneau cover that goes with the ‘bungee cords’ of traditional items, which Mazda Australia claims increases durability and allows easier tailgate access.

Several sets of alloy wheels will also be available, including a black-finished 18-inch design, which will be sold alongside side steps and roof racks, among other genuine accessories.

More details on the Isuzu D-Max twin and Toyota HiLux rival, including its pricing and full specification, will be released in the coming weeks, so stay tuned!