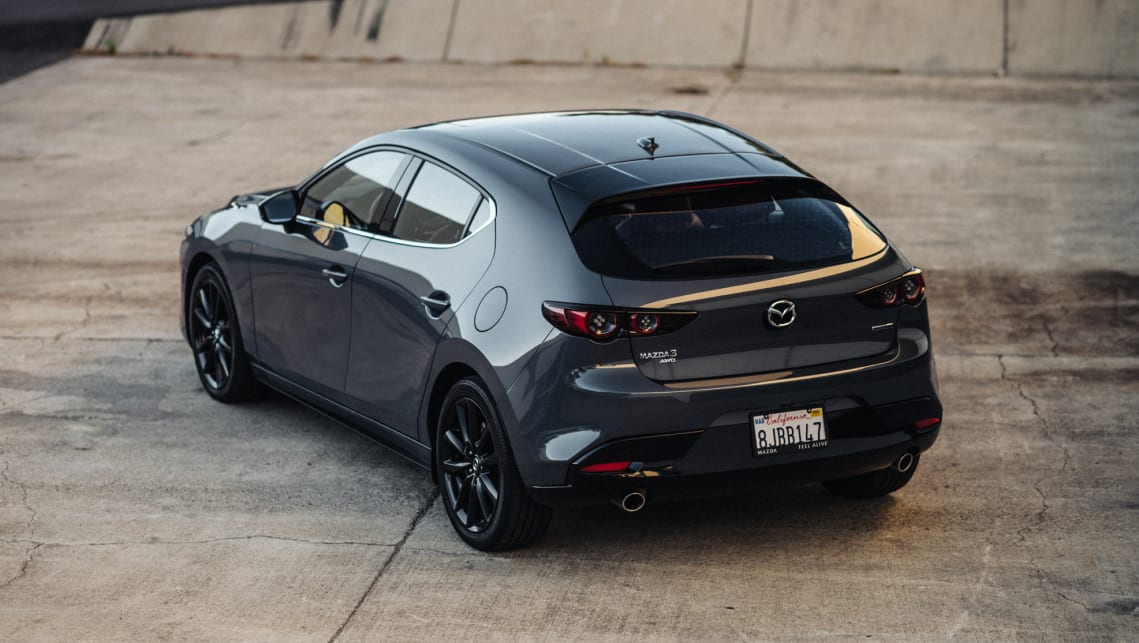 Australia will miss out on the turbocharged Mazda3 halo that could have lined up against the likes Hyundai’s i30 N and the Volkswagen Golf GTI due to constraints in production.

Speaking to CarsGuide at the launch of the new semi-compression ignition Mazda3 SkyActiv X, Mazda Australia marketing boss Alastair Doak ruled out a local launch of the US-market turbocharged hatchback.

When asked if he envisaged a future Mazda3 range consisting of a compression ignition SkyActiv-X 2.0-litre and a turbocharged 2.5-litre to replace the current SkyActiv-G naturally aspirated 2.0-litre and 2.5-litre engines in the range, Mr Doak said: “I should first clarify, the turbo is left-hand drive only for now. We have no plans to introduce that car to Australia.”

The Mazda3 Turbo’s wheel will remain on the wrong side of the car.

The Mazda3 Turbo as revealed to the US market uses a tweaked version of the 2.5-litre turbocharged four-cylinder that appears in the Mazda6, CX-5, and CX-9, with power outputs scaled up to a Golf GTI-beating 186kW/434Nm.

Mr Doak’s comments rule out any imminent plans for a Mazda3 with that engine for the time being, although he did note that the local arm “made a strong argument” to try to get it here.

To answer the question we initially asked, Mr Doak said the current 2.0- and 2.5-litre naturally aspirated SkyActiv-G engines will continue.

“They’ve had upgrades over the years, and they will continue to be upgraded into the future,” he said.

Aside from the introduction of the SkyActiv-X, it seems the Mazda3 range will remain the same in Australia.

No right-hand-drive production for some upcoming models does fit Mazda’s investor briefing from early 2020, which confirmed the brand would re-focus on the US market, entering into a joint venture with Toyota, and utilise a new straight-six engine architecture in both petrol and diesel to underpin new large vehicles such as the next-gen Mazda6 and rumoured CX-5-replacing CX-50.

It is known Mazda is also developing 48-volt mild-hybrid systems for future products (unlike the 24v hybrid system in the new Mazda3 SkyActiv-X that is for auxiliary support only and is incapable of driving the wheels), as well as a range-extender version of its MX-30 electric SUV – another vehicle which is yet to be officially locked in for an Australian arrival.