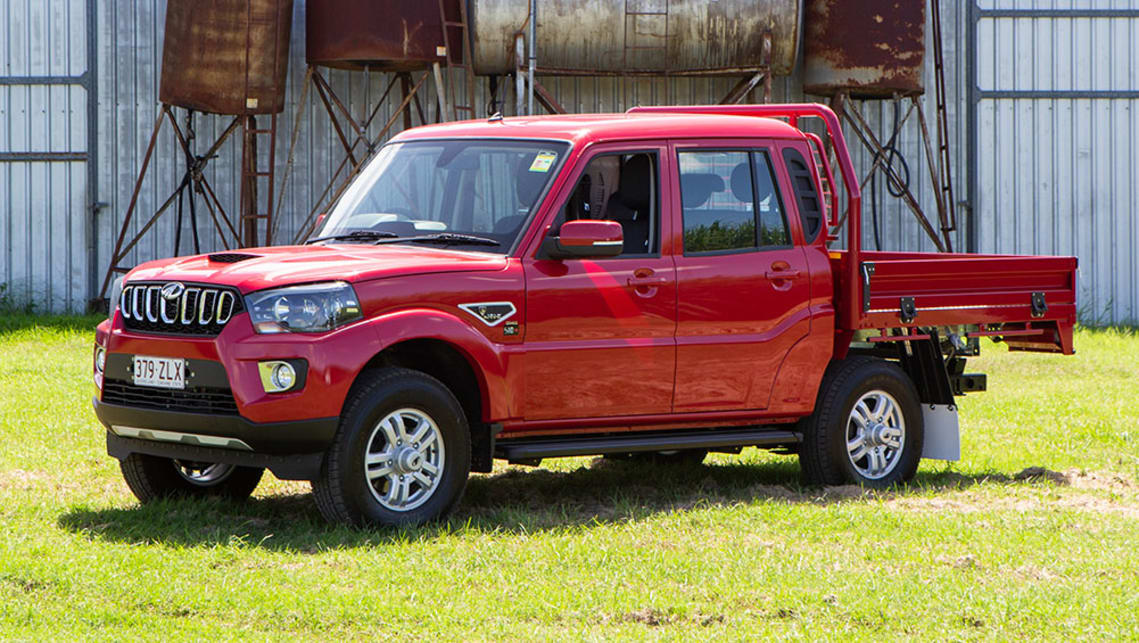 Mahindra has streamlined its Pik-Up ute range for the 2020 model year, while also bolstering equipment and upping prices for its budget-focused light-commercial vehicle.

Compared to their equivalent predecessors, the Pik-Up is now $1000-$2000 more expensive than before.

Powering all versions of the Pik-Up is a 2.2-litre turbo-diesel engine, outputting 103kW/320Nm, paired to a six-speed manual gearbox.

Of note, the outgoing Pik-Up produced 10Nm more out of the same engine.

On the outside, the new Pik-Up is identifiable by a new front fascia, which includes an updated grille, headlights, LED running lights and foglamps.

S6+ grades are fitted as standard with cruise control, Bluetooth connectivity and fabric seats, while the S10+ adds a 7.0-inch touchscreen multimedia system, satellite navigation and a reversing camera.

A Pastoral Pack is also available to the 4×4 Single Cab S6+, which adds a steel bulbar with bash plate, side brush rails, snorkel, tow bar and vinyl floor, taking pricing to $35,990.