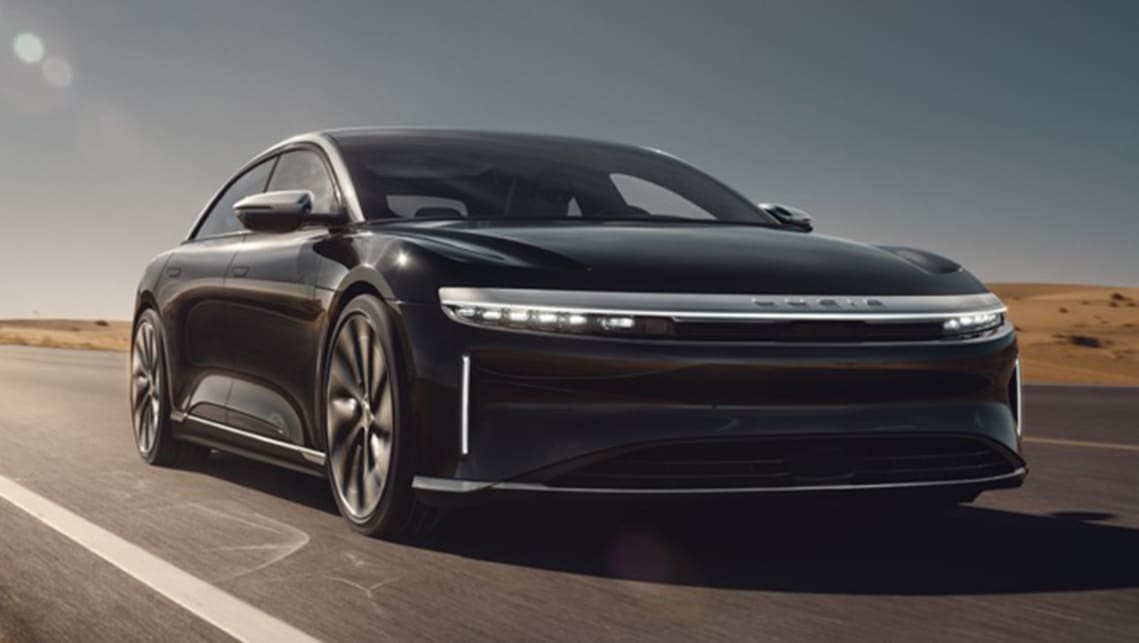 Lucid has finally uncovered full details on its hotly-anticipated all-electric Air sedan, topped by a limited-run Dream Edition that will set buyers back a staggering $US169,000 ($A232,526).

Specs on the base Lucid Air are yet to be announced, but it will likely be fitted with a single motor driving the rear wheels with a driving range around 600 kilometres.

Stepping up to the Touring nets buyers a dual-motor, all-wheel-drive set-up, with a combined system output of up to 462kW and a range of 653km when tested under EPA procedures.

Hardware for Level 2 autonomous driving functionality is added to the Touring, while 20-inch wheels, leather interior and woodgrain dashboard are also standard.

The Grand Touring grade dials outputs to 597kW and range to a class-leading 832km, though Lucid notes that real-world range may vary.

At the top of the range is the limited-run Dream Edition, which ups the ante to 800kW, though range will take a noticeable hit to 748km with the standard 21-inch wheels fitted.

Buyers can opt for 19-inch Aero wheels that will boost range to 810km though.

With driven sent to all four-wheels, the Dream Edition is able to accelerate from zero to 100km/h in around 2.5 seconds, and complete the standing quarter mile in 9.9s.

Stacked up next to the benchmark Tesla Model S however, and the Tesla seems to be a bit of a bargain, albeit with less driving range.

However, Australian pricing for the Model S starts at $124,900 before on-road costs for the Long Range, and tops out at $139,990 for the Performance.

Lucid is yet to confirm if it will build its Air sedan in right-hand-drive form for export markets like Australia, but production will be at a plant in Arizona, US for its home country, European markets and the Middle East.

The ‘skateboard’ platform of the Air will also be spun off into an SUV launching in 2023 codenamed Gravity, while Lucid boss – and former Tesla Model S chief engineer – Peter Rawlinson also announced the start-up will look to teaming up with other car makers so the electric architecture can underpin models from other brands.