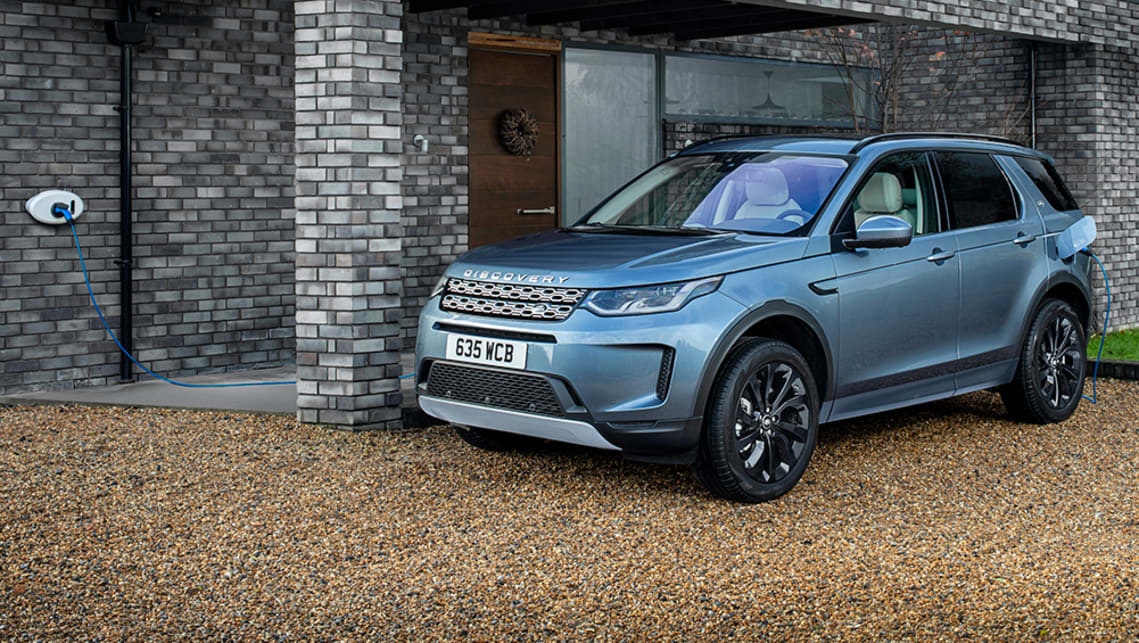 Land Rover has revealed a plug-in hybrid (PHEV) version of its Discovery Sport mid-size SUV, which is due in Australian showrooms in the second quarter of next year.

Fuel consumption on the WLTP combined cycle test is 1.6 litres per 100 kilometres, while claimed carbon dioxide emissions are 36 grams per kilometre.

More importantly, though, electric-only driving range is 62km thanks to the P300e’s 15kWh lithium-ion battery, which is located below its rear seats and can be topped up from zero to 80 per cent in as little as 30 minutes with a 32kW DC fast charger.

Three drive modes are available, with Hybrid combining petrol and electric power, while EV uses electric power alone, and Save primarily uses petrol power to maintain the battery’s state of charge at a chosen level.

The P300e’s 15kWh lithium-ion battery can be charged from zero to 80 per cent in as little as 30 minutes.

While the P300e may have green credentials, it doesn’t lack a performance bent, with the zero-to-100km/h sprint completed in a hot-hatch-like 6.6 seconds. Electric-only top speed is 135km/h.

Unlike other Discovery Sport versions, the P300e is mated to a new eight-speed torque-converter automatic transmission, meaning it has one less gear to play with. That said, the Audi Q5 rival does come with all-wheel drive.