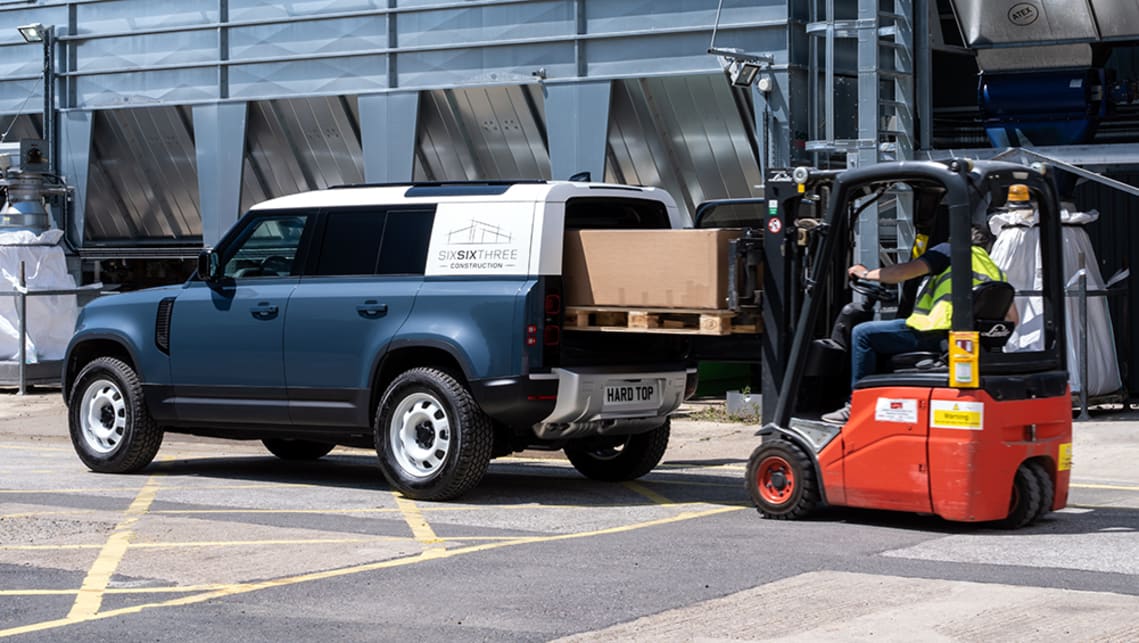 Land Rover will resurrect the Hard Top nameplate for its new Defender off-roader, denoting a workhorse-orientated variant for both the three-door 90 and five-door 110 body styles.

What’s different in the Hard Top? Land Rover has maximised the rear cargo area with the removal of second- and third-row seats, while also fitting out the interior with tougher materials and more storage options.

Sadly, the roof for the Hard Top remains in place, so those wishing for some sort of Land Rover Defender ute will have to keep waiting.

However, Land Rover promises a braked towing capacity of 3500kg in the Hard Top, matching the capabilities of many top-tier dual-cab utes such as the Toyota HiLux and Ford Ranger.

As an option, buyers can also opt for a front-row jump seat to accommodate three passengers, while the interior is also kitted out with Land Rover’s Pivi Pro multimedia touchscreen with Apple CarPlay/Android Auto.

Despite its commercial leanings, Land Rover says the Hard Top will retain the rugged off-road-ready appeal the Defender is known for, and sports four-wheel-drive traction, a body-on-frame design, 291mm of ground clearance and a 900mm maximum wading depth.

Land Rover also revealed the Hard Top will feature approach, breakover and departure angles of 38, 28 and 40 degrees respectively, but said full details will be revealed later this year.

Though the Hard Top is not yet confirmed for Australia, the vehicle is being evaluated for introduction by the local Land Rover division.

The first batch of Land Rover Defender 110 vehicles are due to touch down in local showrooms later this year, kicking off at $69,990 before on-road costs and topping out at $137,100.