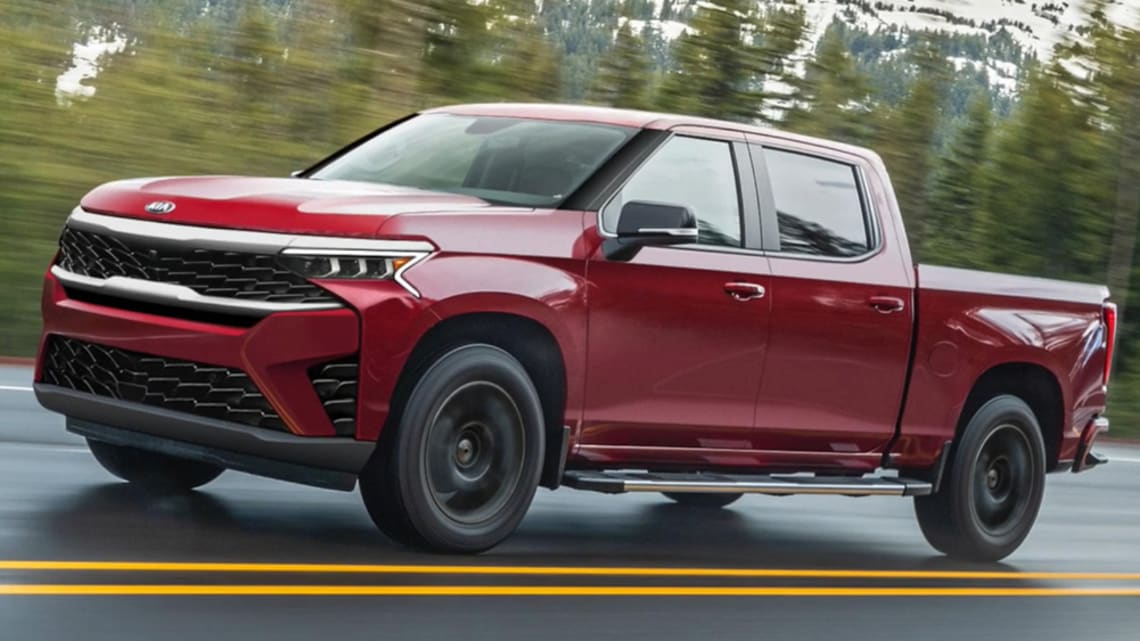 From the moment Kia and Hyundai confirmed work had begun on a long-awaited Toyota HiLux and Ford Ranger rival, we were on the edge of our seats waiting to see what it would look like.

And we can now safely say that if it looks anything like this, then we’re in.

This render was put together by the team at kksstudio, and it’s making us excited.

The Kia ute (and its Hyundai sibling) aren’t yet officially confirmed for the USA, but there’s clearly plenty of Stateside inspiration in this picture, with the pick-up looking like it would blend in perfectly over there.

In fact, this pic is based on a Chevrolet Silverado, with a bold Kia design language – inclusion a wide  tiger-nose grille – pasted on top.

Sadly, there’s nothing even slightly official about this picture, and so we’re left to keep playing the waiting game.

But here’s what we do know for certain. Both Kia and Hyundai will have a dual-cab ute in Australia as early as 2022, and work on the vehicle has officially begun.

And we’re not talking a lifestyle vehicle, either. Kia’s COO Damien Meredith has told us to expect a proper workhorse.

“Work has begun,” says Meredith. “We’re talking about a dual-cab, a single-cab – what we’ve requested is the full gambit for the ute, and that (includes) a dual-cab with diesel and petrol options.”

In even happier news, the localisation process all Kia and Hyundai vehicles undergo before launching in Australia will apply to the new ute, too, with Meredith confirming a local suspension tuning process would take place ahead of the vehicle’s launch.

“That’s part of our robust strategy – every car that enters Australia goes through that process,” he says.