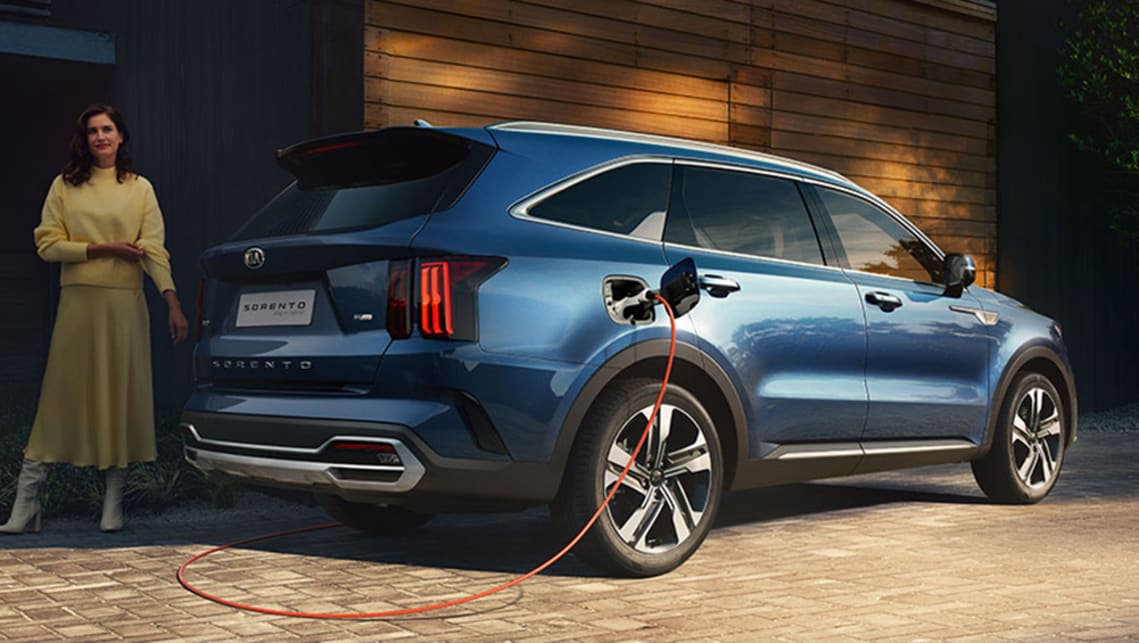 Kia Australia has confirmed the first steps in its ‘green car’ strategy, with Hybrid and Plug-In Hybrid variants of the fourth-generation Sorento large SUV to enter its showrooms next year.

Speaking to journalists earlier this week, Kia Australia general manager of product planning Roland Rivero revealed the company had received “the green light” from its South Korean parent to develop the Sorento Hybrid and Plug-In Hybrid to be sold locally.

“We expect to have the development work and the homologation work completed ASAP, and we should see stock arriving early in 2021,” he said, with the Plug-In Hybrid to arrive first, while the Hybrid will follow in the months afterwards, potentially in the second half.

According to Kia Australia chief operating officer Damien Meredith, the Hybrid and Plug-In Hybrid variants will together account for 10 to 15 per cent of the new Sorento’s sales, which he estimates will be about 400 per month.

“We’ll be conservative in our forecasting in the initial stages, to gauge how the hybrid product resonates with our brand,” he said. “We’re obviously confident.”

Mr Rivero told CarsGuide both the Hybrid and Plug-In Hybrid will be offered in a single grade from launch, with it to sit between the Sorento’s entry-level S and next-up Sport.

“This is obviously the starting point. We’ve got a five-year lifespan to … keep an eye on the marketplace to see how our dealer network and customers respond,” he said.

“We’ll trial that at first, and we’re hoping with the hybrid side, the fleet end of the market will have some interest and (we’ll) gauge from there.

“So, we will start off in a small number of variants, and should there be more demand for it, then we can expand the range even further.”

Both the Hybrid and Plug-In Hybrid will feature a 1.6-litre turbo-petrol four-cylinder engine, with the former to pair it with a 44.2kW electric motor and a 1.5kWh lithium-ion battery for combined outputs of 169kW/350Nm, while the latter will step up with 66.9kW and 13.8kWh units for 195kW/350Nm.

Either way, a six-speed automatic transmission will standard alongside an all-wheel-drive system for the Plug-In Hybrid, while the Hybrid will also have the option of front-wheel drive.

Claimed electric-only driving range and charging times for the Plug-In Hybrid are yet to be detailed. Nonetheless, it will be without peer in its segment.

Conversely, the Hybrid will face competition from the Nissan Pathfinder Hybrid and soon-to-be-launched Toyota Kluger Hybrid.

As reported, the Sorento is launching locally with a new 148kW/440Nm 2.2-litre turbo-diesel four-cylinder engine this month, while an updated 200kW/332Nm 3.5-litre naturally aspirated petrol V6 will arrive in late October or early November.

While both units are mated to eight-speed automatic transmissions, the former has a dual-clutch system and all-wheel drive, while the latter has a torque-converter system and front-wheel drive.

Mr Meredith said diesel is expected to prove the most popular when it comes to internal-combustion engines, with it to outsell petrol at a 65/35 split over the course of the large SUV’s life cycle.

More powertrain options for the Sorento are available overseas, but none of them will be sold by Kia Australia due to a lack of right-hand-drive production, including a 207kW/422Nm 2.5-litre turbo-petrol four-cylinder engine.

This unit, which is expected to be used by the yet-to-be-revealed but rumoured Hyundai Santa Fe N-Line, was actually Kia Australia’s preference over the aforementioned 200kW/332Nm 3.5-litre naturally aspirated petrol V6, according to Mr Rivero.