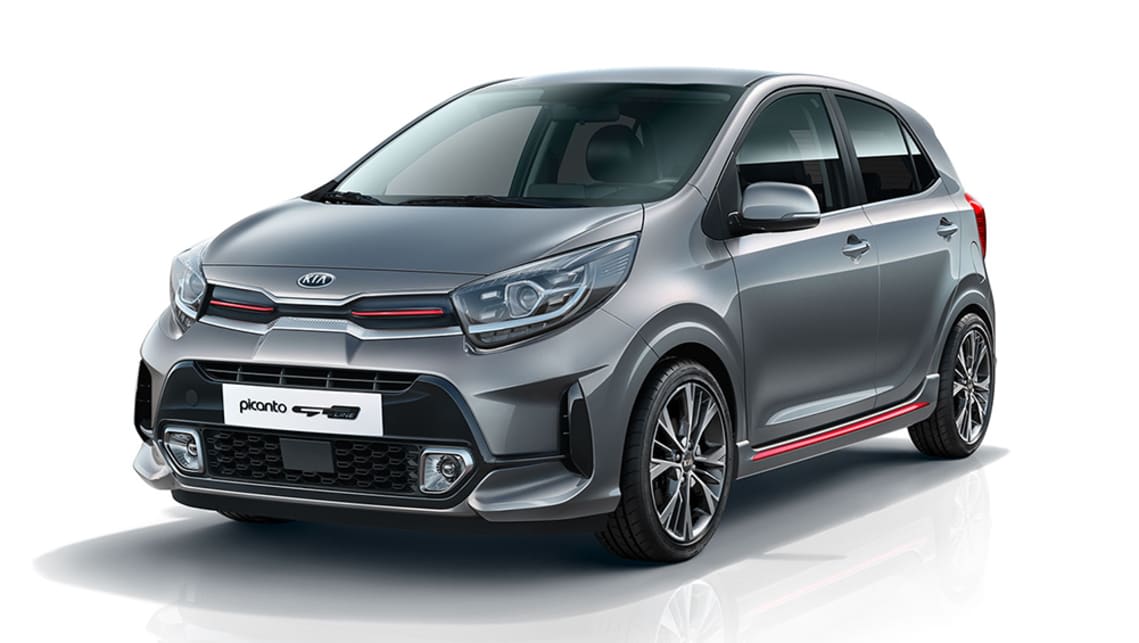 Kia Australia has released for pricing for the facelifted version of the current-generation Picanto micro hatchback ahead of its imminent arrival.

Both grades are still powered by a 62kW/122Nm 1.2-litre naturally aspirated engine four-cylinder engine locally, which is mated to a five-speed manual as standard, although a four-speed torque-converter automatic can be optioned for $1600.

The flagship GT grade now checks in from $18,990, up $800, and is motivated by a new 1.0-litre turbo-petrol three-cylinder engine, which produces the same 74kW of power and 172Nm of torque as its predecessor. It’s exclusively matched to a five-speed manual.

While full specification is yet to be released, we already know the S upgrades to MFR halogen headlights, while the GT-Line and GT step up to projector items with lower foglights. They also get a revised sports body kit and a fresh set of 16-inch alloy wheels.

Inside, all grades get a 4.2-inch multifunction display and an 8.0-inch touchscreen multimedia system that supports wireless Apple CarPlay and Android Auto, and two simultaneous Bluetooth connections.

Stay tuned for more details on the MG3 rival, which should be confirmed by Kia Australia in the coming weeks. For reference, lane-keep assist, blind-spot monitoring and rear cross-traffic alert are available in other markets.