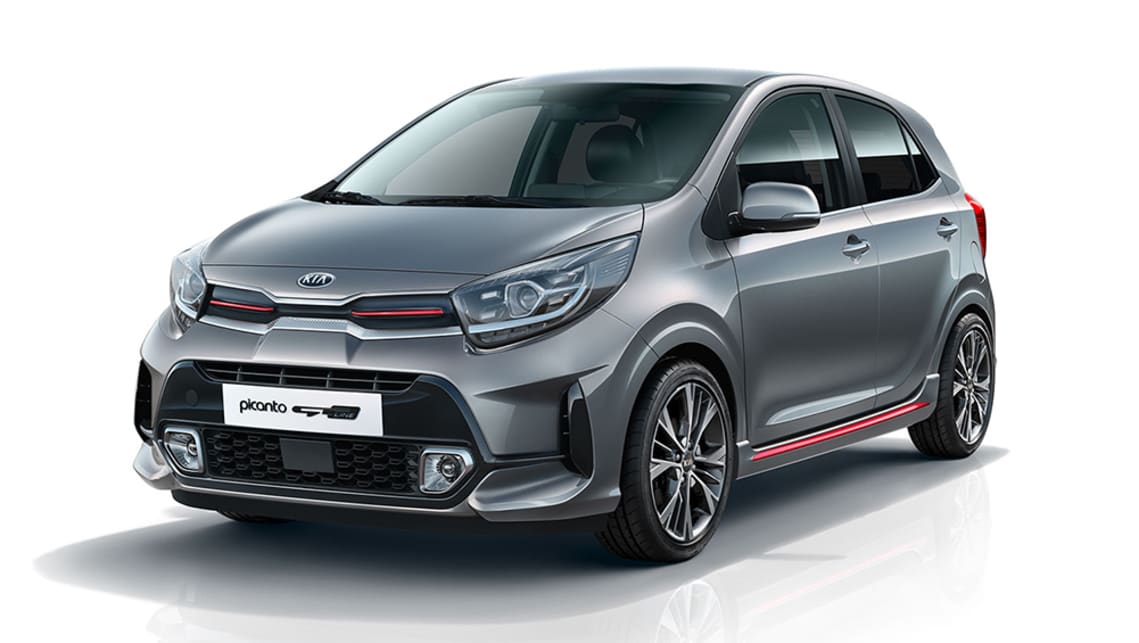 Kia Australia has announced local details of the third-generation Picanto micro hatch’s facelift ahead of its arrival in the third quarter.

The mid-range GT-Line and flagship GT variants have been revealed for the first time, with both once again picking up a sports body kit over the returning entry-level S version as well as a fresh set of 16-inch alloy wheels.

Aside from the previously reported design changes, the S also gets an upgrade to MFR halogen headlights, while the GT-Line and GT step up to projector items with lower foglights.

Inside, all grades get a 4.2-inch multifunction display and an 8.0-inch touchscreen multimedia system that supports wireless Apple CarPlay and Android Auto, and two simultaneous Bluetooth connections.

The S and GT-Line will continue to be powered by a 62kW/122Nm 1.2-litre naturally aspirated engine four-cylinder engine locally, with Kia Australia forgoing the new 56kW/95Nm 1.0-litre unit introduced overseas.

The carryover engine will naturally be mated to the same five-speed manual or four-speed torque-converter automatic as before.

That said, the GT will be motivated by a new-generation 1.0-litre turbo-petrol three-cylinder unit, which punches out the same 74kW of power and 172Nm of torque as its predecessor. Once more, it will be exclusively matched to a five-speed manual.

Kia Australia is yet to reveal if the Picanto will adopt the full suite of advanced driver-assist systems now offered internationally, including autonomous emergency braking with pedestrian detection, lane-keep assist, blind-spot monitoring and rear cross-traffic alert.

Pricing and full specification for the MG3 rival will be announced closer to its launch. Stay tuned.