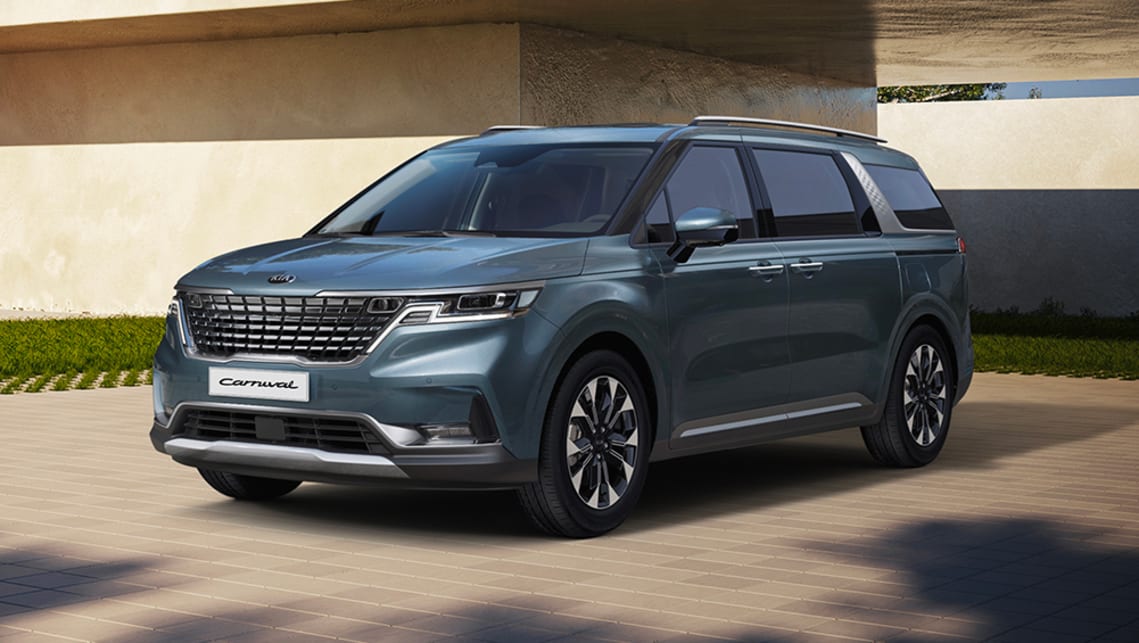 Kia has fully detailed the fourth-generation Carnival people mover ahead of its Australian launch in the fourth quarter of this year.

The new Carnival’s exterior was revealed in June, while its interior debuted in July, but now we know the remaining few key details, including its engine line-up.

While Kia Australia won’t be confirming pricing and full specification details until closer to the Carnival’s launch, the latter is expected to be part of its local line-up alongside a new 148kW/440Nm 2.2-litre turbocharged SmartStream four-cylinder diesel engine.

Either way, eight-speed automatic transmissions will be exclusively sending drive to the front wheels, with the petrol and diesel expected to use torque-converter and dual-clutch units respectively.

The fully independent suspension on hand has been overhauled, with particular attention paid to comfort and noise, vibration and harshness (NVH) levels. Of course, the Carnival will arrive in Australia with a local tune for its ride and handling.

Hydraulic power steering is out the door, with an electric system taking its place, ushering in not only a quicker ratio, but also an expanded suite of advanced driver-assist systems.

The highlight, however, is Safe Exit Assist (SEA), which prevents the power-operated rear doors from opening – and therefore letting young occupants exit – if the system detects another vehicle is approaching from behind on either side.

Importantly, the Carnival’s rear overhang is 30mm longer, while its front overhang is 20mm shorter. Of course, the former improves third-row space and cargo capacity.

Speaking of which, accessible via a power-operated tailgate, cargo capacity is 627L with the third row in use, but it can be increased to a class-leading 2905L with the second and third rows stowed.

Technology-wise, the Carnival’s new-generation multimedia system supports wireless Apple CarPlay and Android Auto as well as dual Bluetooth connectivity. For rear passengers, though, the real party trick is second-row voice control – should the driver allow it.

That said, communication between front and rear occupants is made easier thanks to a new feature that allows the driver and front passenger to check on their counterparts with a small camera that’s linked to the multimedia system, negating the need to turnaround.

Better yet, the Honda Odyssey rival’s new feature also lets the first row communicate more easily with the second and third rows by amplifying their voices through the rear speakers.