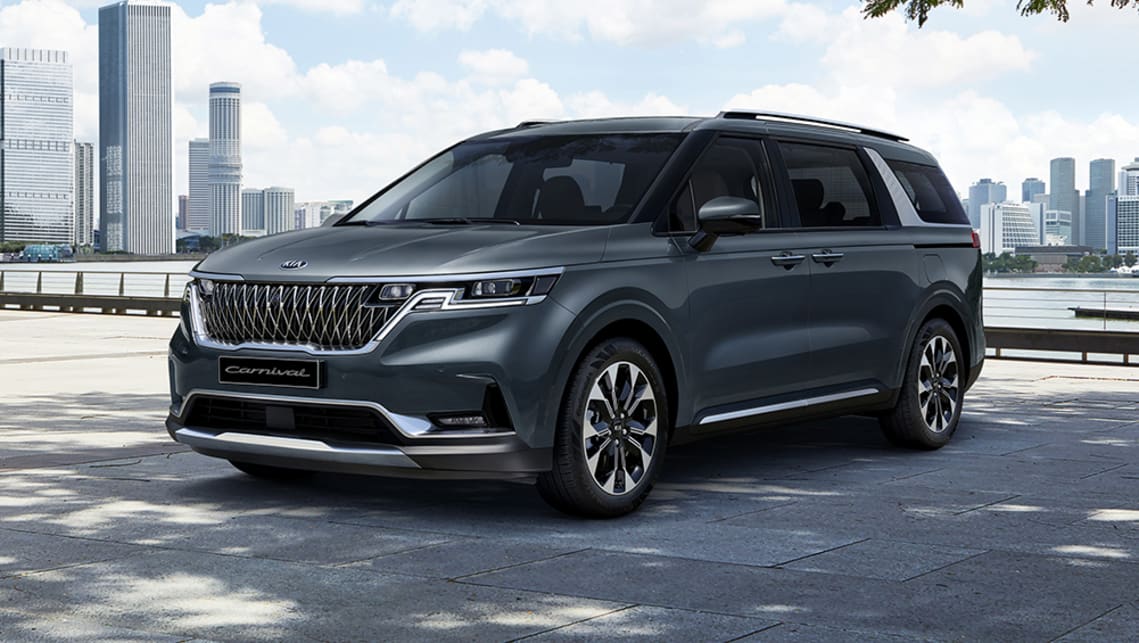 Kia has revealed the fourth-generation Carnival people mover, which will enter Australian showrooms in the fourth quarter of this year.

Only the new Carnival’s exterior design has been detailed for now, with its interior and technical data to be made public soon, according to Kia, which now refers to it as a ‘Grand Utility Vehicle’.

Compared to last week’s teaser sketch of the new Carnival’s front three-quarter angle, today’s official images aren’t surprising to look at it, with the exception of the rear end, which hadn’t been shown until this point.

At the back, full-width lines are all the rage, headlined by the Carnival’s new tail-light bar. There’s also a metallic skid plate, which lends itself to the previously reported “SUV-inspired design”.

At the back, full-width lines are all the rage, headlined by the Carnival’s new tail-light bar.

The former is likely to be matched to the familiar eight-speed torque-converter automatic transmission, while the latter is expected to be mated to a new dual-clutch unit.

We’ll bring you more details on the Honda Odyssey rival as they come to hand, so stay tuned.