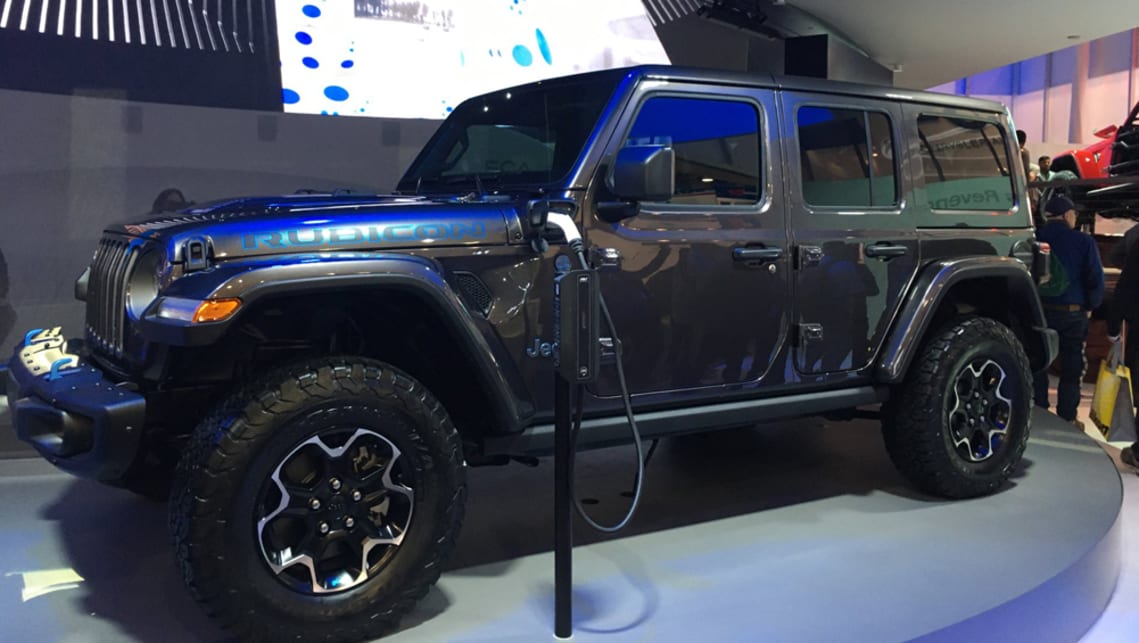 Jeep has brought three plug-in hybrid SUVs to this year’s Consumer Electronics Show (CES) in Las Vegas, including the debut of the electrified Wrangler off-roader.

Alongside the new Wrangler, plug-in versions of the already-revealed Renegade and Compass were also on the show floor, with all three wearing the 4xe badge to denote their electrified powertrains.

Exact details of the Wrangler’s powertrain have yet to be revealed, but the Renegade and Compass were shown at last year’s Geneva motor show with a hybrid 1.3-litre turbo-petrol engine.

Combined outputs reached 180kW, while the emissions-free driving range was pegged at 50km for both the Renegade and Compass, although whether these figures have been revised in the new versions are still unclear.

However, the presentation showed the plug-in Wrangler in Sahara trim, while the vehicle on display was a Rubicon variant, indicating that the electrified powertrain could be available as an engine option across the line-up.

Jeep has stated its intention to rollout an electric powertrain option for all its models by 2022, with only the Grand Cherokee, Cherokee and Gladiator models yet to be shown with hybrid engines.

Jeep is promising the hybrid models will push the brand into the future, and “will be the most efficient and responsible Jeep vehicles ever, providing absolute and quiet open-air freedom while taking performance, 4×4 capability and driver confidence to the next level”.

Jeep’s local arm is remaining mum on if and when electrified models will land in Australia.

Further details will be rolled out later this year at the Geneva, New York and Beijing motor shows.