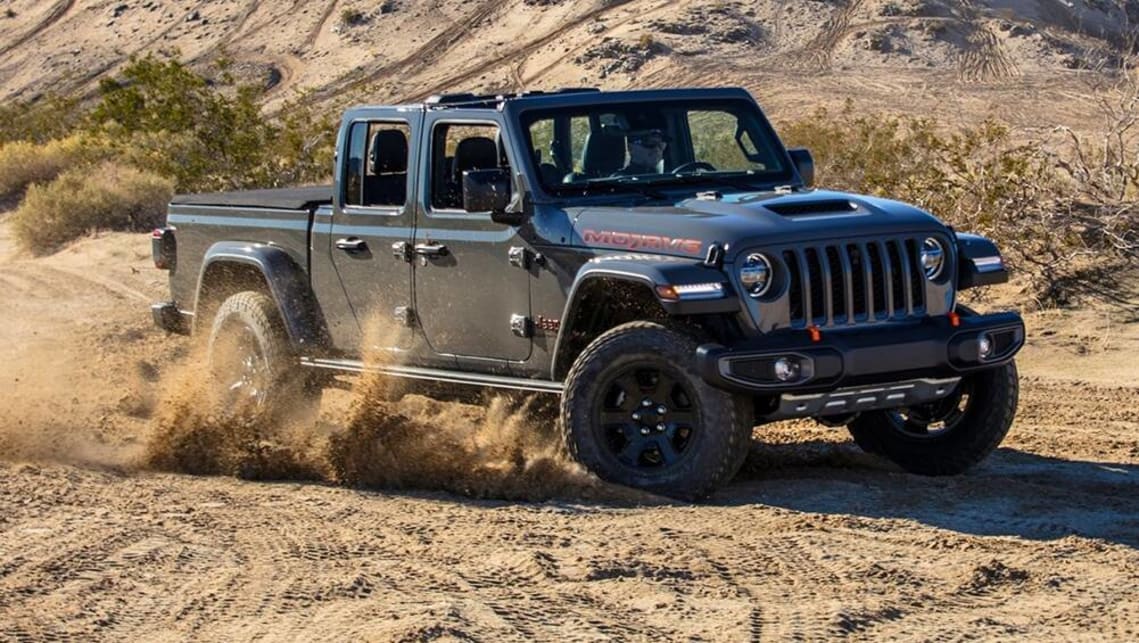 Jeep has revealed the Gladiator Mojave flagship pick-up at this year’s Chicago motor show, described as “the ultimate in high-speed off-road capability and performance in sand environments”.

As the first vehicle in the brand’s line-up to wear the ‘Desert Rated’ badge, a step up from the off-road ‘Trail Rated’ moniker of the Trailhawk variants of models such as the Grand Cherokee and Compass, the Gladiator Mojave gains Fox shocks suspension – the same brand used in the Ford Ranger Raptor.

Inside, the front seats gain more bolstering and are finished in leather and cloth with orange stitching and embroided Mojave logos, while the front bonnet wears a unique decal.

An ‘Off-Road Plus’ button will tweak the throttle, transmission and traction settings to maximise performance on sandy terrain, as well as low-speed rock crawling.

Powering the Gladiator Mojave is a carryover 3.6-litre Pentastar V6 petrol engine, outputting 213kW/353Nm. Both a six-speed manual and eight-speed automatic are available with the engine.

Lining up next to the 157kW/500Nm Ford Ranger Raptor, the Gladiator Mojave wins out on power but loses out on torque.

Jeep Australia has not confirmed whether the Gladiator Mojave will be coming to local showrooms, but the standard ute range will land in the second quarter of the year.