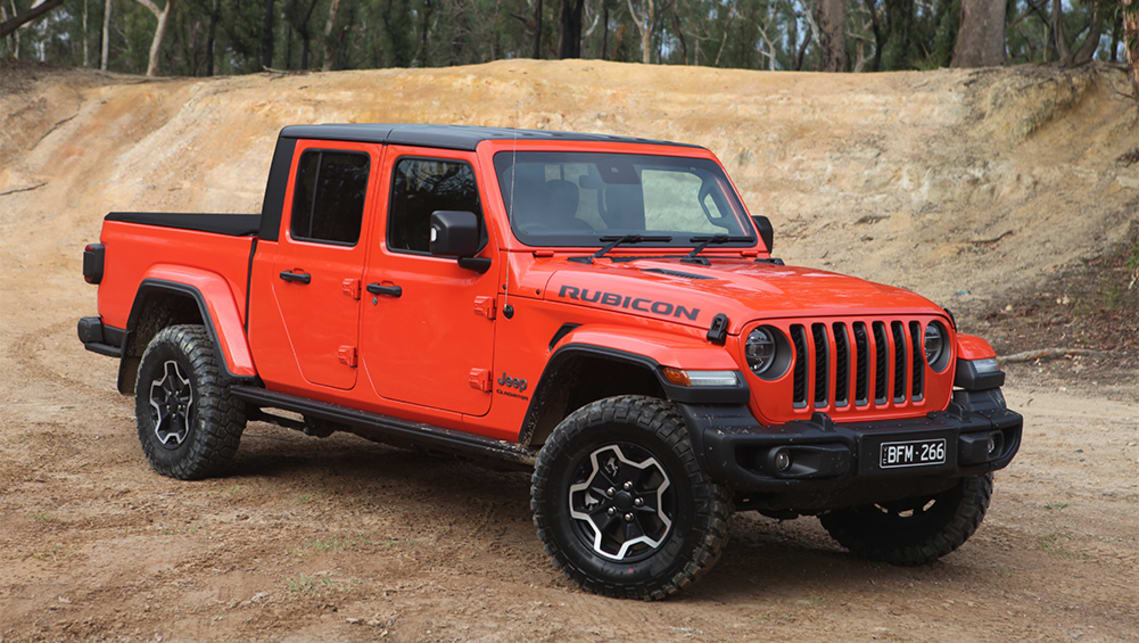 Jeep has finally uncovered a diesel version of its Gladiator dual-cab ute, and it’s powered by a monster 3.0-litre EcoDiesel V6 punching out 194kW/599Nm.

In fact, the oil-burning Gladiator even tops the Ram 1500 EcoDiesel’s 179kW/569Nm figures.

Before you rush off your nearest local Jeep dealer though, the brand has confirmed the Gladiator will be offered exclusively with a 209kW/347Nm 3.6-litre V6 petrol engine in Australia.

Cost could be a factor in this decision, as the new diesel engine is produced in an Italian facility before being shipped to Ohio for assembly in the Gladiator.

Two full-time variants of the Gladiator are available locally, kicking off at $75,450 before on-road costs for the Overland, and topping out at $76,450 for the Rubicon. A cheaper Sport S version is also due to arrive in Australian showrooms by the end of the year priced around $65,000.

Stateside though, the EcoDiesel engine will arrive later this year, and is available across the Sport, Overland and Rubicon variants paired with an eight-speed automatic transmission.