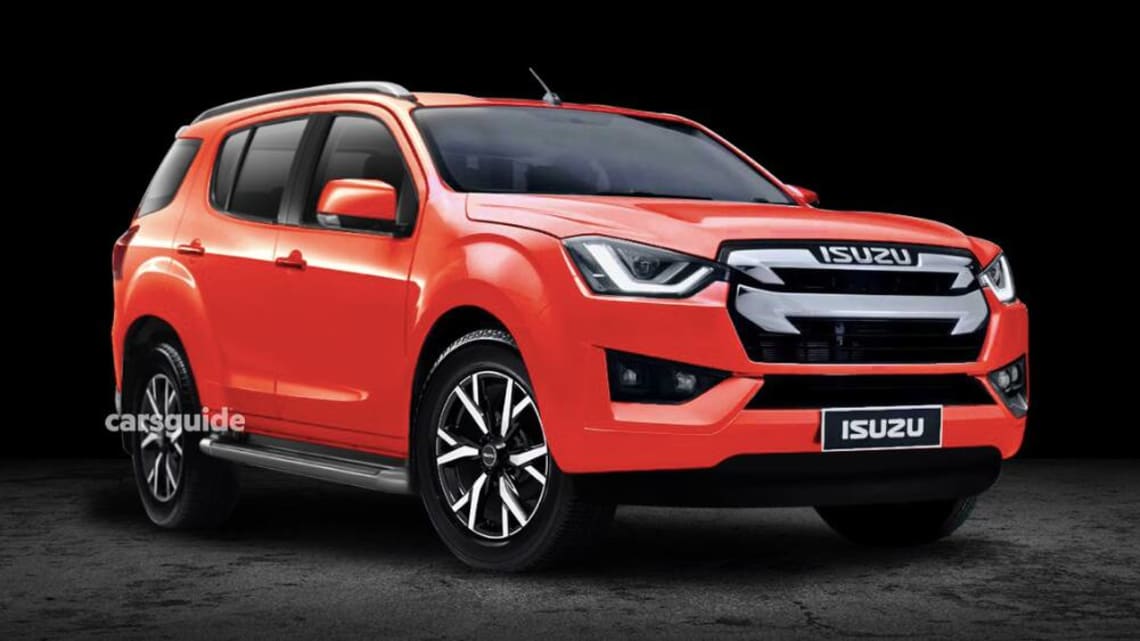 We might all be on the edge of our seats waiting for Isuzu to drop the details on its MU-X, the automotive world waits for nobody, as we can see by these new renders revealing a D-Max styled SUV that would take the fight to the just-updated Toyota Fortuner.

These images, created by designer William Vicente, imagine the MU-X much as we expect it to arrive, sharing the body styling of the soon-to-launch D-Max ute.

The most obvious resemblance is in the front end, where this MU-X shares its grille, LED headlight and DRLS, and its bonnet design with its dual-cab sibling. Those sharp creases extend along the side of the body, sitting high above sizeable alloys and blacked-out side steps.

Now it must be said, Isuzu is yet to release anything offical regarding the new MU-X, and these photos are merely an imagining, but there are some educated guesses we make.

Isuzu has confirmed it will release local specification of the D-Max on August 13, and – much like the current-gen MU-X – it is expected the new model will again take its lead from its dual-cab sibling.

While Australians specifics haven’t yet been confirmed, we do know that, overseas, the D-Max’s 3.0-litre diesel ( now coded 4JJ3) produces more power and torque, with the outputs now listed at 140kW at 3600rpm and 450Nm at 1600rpm. That’s up from 130kW and 430Nm, which isn’t to be sneezed at, and the engine is paired with a six-speed manual or six-speed automatic transmission.

And given the current M-UX shares the current D-Max’s engine, that relationship will clearly continue, meaning the new SUV will also produce 140kW and 450Nm, only paired exclusively with the automatic transmission.

The M-UX should also get the D-Max’s updated suspension, as well as its off-road overhaul which includes a change to the four-wheel-drive architecture sees a new aluminium propeller shaft to lower overall weight, and a shorter transfer time between two- and four-wheel drive, as well as between low and high range.

The only question now is when? For that you’ll have to watch this space.