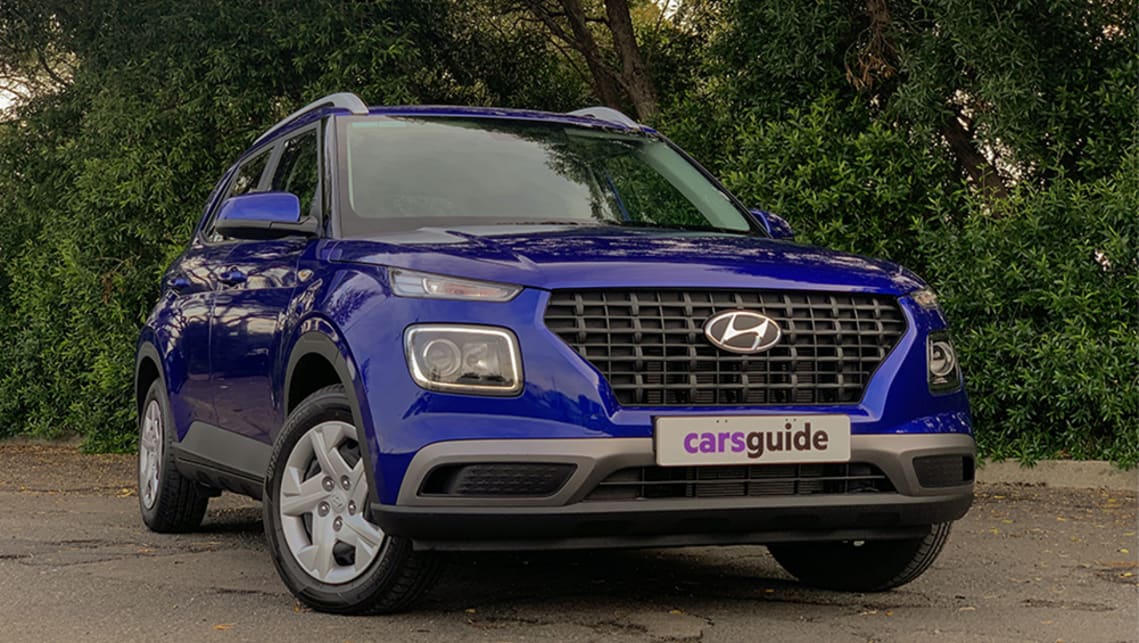 Will the Hyundai Venue’s price need to slip under $20,000 again for buyers to flock to dealers?

That is the big question for the brand’s light SUV, as it faces some further improvements in the not-too-distant future.

These follow on from minor specification adjustments announced last week, that are designed to make the boxy crossover more competitive against similarly-priced alternatives such as the Mitsubishi ASX and Mazda CX-3, though the former is technically a larger ‘small SUV’.

Something has to change for the city-sized light SUV, according to Hyundai Motor Company Australia (HMCA) chief executive officer, John Kett, as the Venue continues to underperform in a segment that is only slightly down this year, despite the economic downturn caused in part by the COVID-19 pandemic.

“(The Venue) launched a little bit slower than we would have liked,” he told CarsGuide at the unveiling of the incoming Hyundai Palisade full-sized SUV in late June.

“I don’t think it had an unrealistic expectation around where it should be, but it’s not where it needs to be today.”

Though one of the least-expensive SUVs available from $20,190 before on-road costs for the base Go manual, the Venue has battled to make the sort of impact that HMCA had planned for since sales commenced in September last year.

Nobody at HMCA is saying, but one reason for the slow take-up is higher-than-predicted pricing.

It is understood that the Venue was originally intended to arrive from around $17,000 when it was first investigated for Australia in about 2016 as the eventual replacement for the popular Hyundai Accent city car. It was likely on track to achieve that breakthrough price point when HMCA was given the green light not long after.

But the falling value of the Australian dollar against stronger overseas currencies, combined with rocketing production costs, blew that figure to $19,990 when the Venue did finally launch.

While HMCA has long maintained that the $4500-plus price difference between the Venue and Accent meant the former could never approach the latter’s 1300-plus monthly sales rate (achieved in its last full year on sale – 2018), the current average of 280 units is a major disappointment.

Although admitting that this is about half of what the Venue should be achieving at this point in its product cycle, Mr Kett is still confident the specification readjustment and other changes in the pipeline will give it a boost in time.

“Venue should do better,” he said. “If it can get to what the Accent used to give us – around 1000 per month – then it’s done its job given the price point change it’s at… (but) a combination of refinements (should) see it deliver from my perspective at least 50 per cent of what Accent did.”

Although there is no confirmation of lower pricing for now, those “refinements” include larger wheels than the 15-inch items currently serving the entry (and until recently, the middle grade), as well as more equipment in some models. As outlined last week, the Active and Elite now edge up $420 and $250 respectively as a result of the extra kit.

“We recognised that the Go and Active probably had too much cost pulled out … so we want to strengthen the way it looks and feels around its wheels,” Mr Kett added.

Meanwhile, in America, the Venue is also finding the going tough.

Still, with SUV sales now dominating in most key mature markets, Hyundai is not giving up on the Venue finally breaking through, so keep an eye on this space.