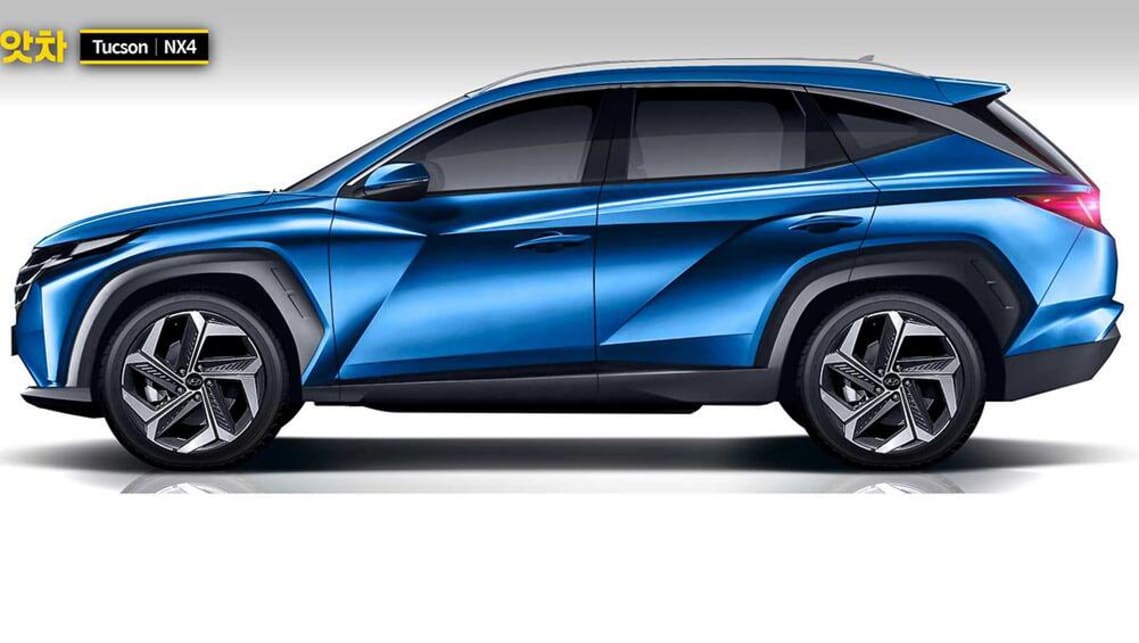 Hyundai is gearing up to launch the fourth-generation Tucson soon, and the new mid-size SUV will divide opinion with its exterior styling.

As reported, the next Tucson will be based on the polarising Vision T concept, which was revealed at the Los Angeles motor show last November and featured Hyundai’s incoming design language.

Subsequent overseas spy shots have suggested the latest Tucson will tone down the look, albeit ever so slightly, with Hyundai design boss SangYup Lee even telling Motor Authority a year ago it will “freak out” people.

Now YouTube channel AtchaCars has uploaded its own renderings of the upcoming Tucson, basing them on the Vision T concept and the overseas spy shots.

The result? As expected, the new Tucson will spark debate with its latest interpretation of Hyundai’s signature ‘cascading’ grille, which now neatly integrates its headlights.

That said, it will be the next Tucson’s side profile that causes the most ‘freak-outs’, with the aforementioned Parametric Dynamics design language seen in full force. As these renders show, intricate body work is very much the name of the game here.

The relatively flat rear end is the incoming Tucson’s most conservative angle, although it does stand out with a full-width LED strip that connects the tail-lights.

We reportedly won’t have to wait long to see the real deal, as Korean Car Blog earlier this month published a production timetable for Hyundai’s Ulsan factory, which indicates the Korean version of the latest Tucson will enter production in August.

As such, an official reveal is likely to take place in the next few months, with hybrid and plug-in hybrid (PHEV) variants expected, and maybe even a high-performance N flagship.