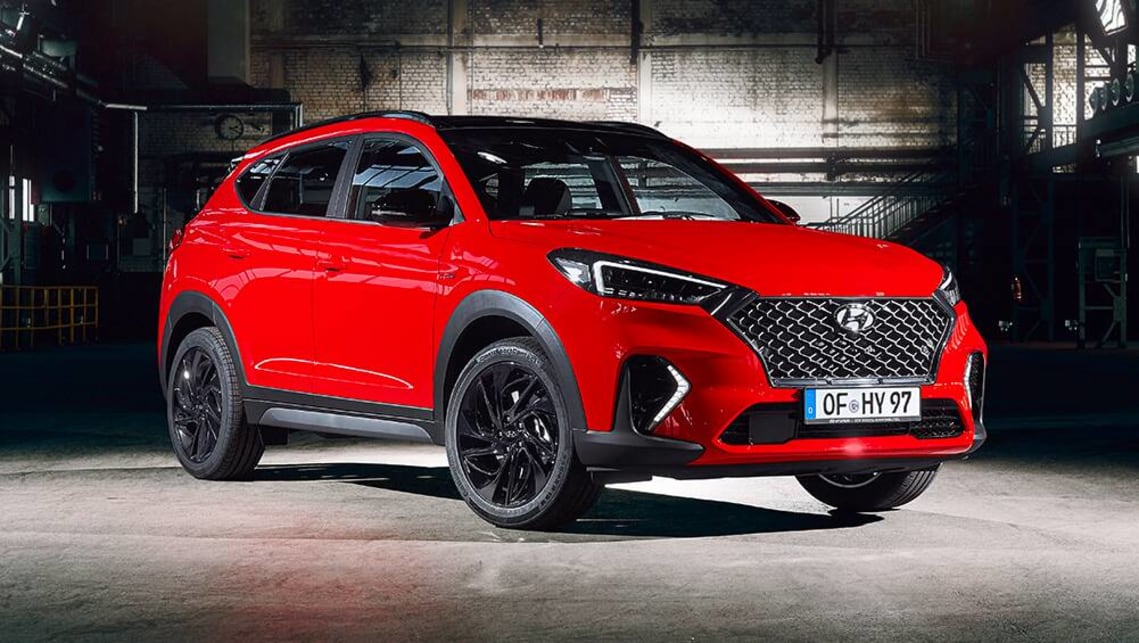 Ahead of its expected reveal next month, more details on the next-generation Hyundai Tucson mid-size SUV have reportedly been confirmed, including its engine line-up.

As reported earlier this month, the new Tucson range will be headlined by a high-performance N model pumping out “at least” 254kW of power from a 2.5-litre turbo-petrol four-cylinder engine.

The Korean Car Blog has followed up that initial report with a new one, which claims a 213kW/422Nm version of that unit will power the performance-focused N-Line model.

If that engine and tune sound familiar, it’s because they’re found under the bonnets of the Sonata N-Line and Kia Optima GT mid-size sedans, the former of which will be sold in Australia, while the latter will not.

Either way, the unit should be mated to an eight-speed dual-clutch automatic transmission and Hyundai’s Htrac all-wheel-drive system in the Tucson N-Line and N.

The ‘regular’ Tucson range will also be available with new turbocharged four-cylinder engine options, including a 132kW/265Nm 1.6-litre petrol and a 2.0-litre diesel that’s yet to have its outputs detailed. A hybrid version of the former will be offered, producing 169kW.

The latest Tucson will be based on the Vision T concept from last November’s Los Angeles motor show, meaning it will move to a new platform and therefore grow in size. Hyundai Australia has already confirmed it will enter showrooms in the first half of next year.