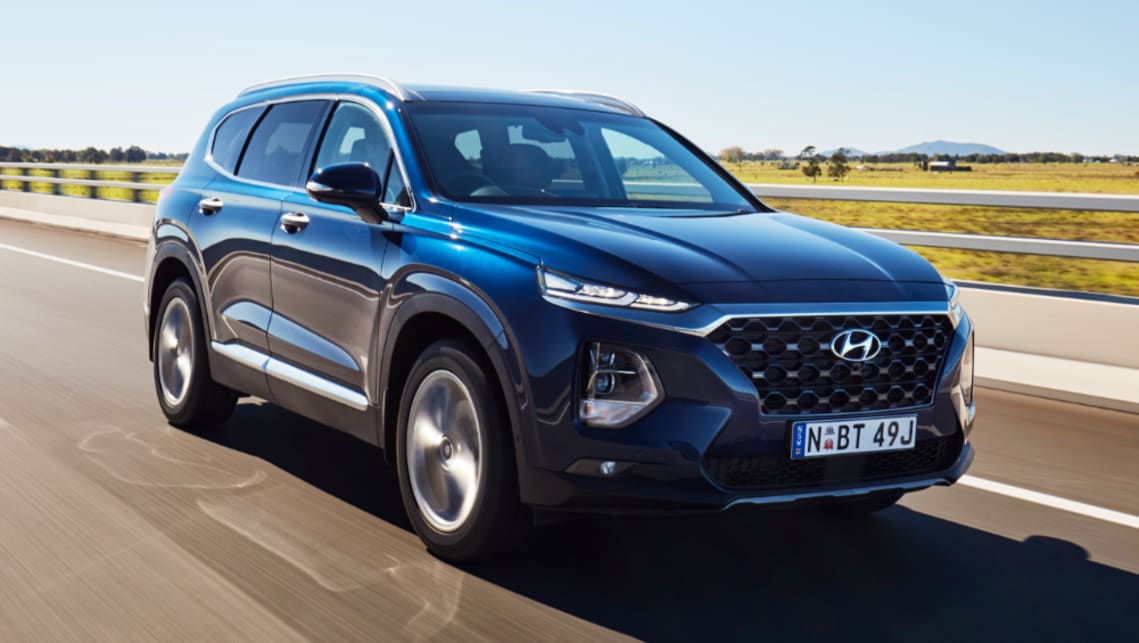 Hyundai will electrify its SUV range, starting with the Santa Fe and all-new Tucson later in 2020, that could give it an edge on arch-rivals Toyota and Mazda.

The South Korean brand will add both a conventional hybrid and a plug-in hybrid (PHEV) to the current Santa Fe, according to reports from its home country. In an apparent leak of its product planning future both the electric Santa Fe models are on the agenda for 2020. They will be joined by a hybrid powertrain in the new Tucson, which is set for its global unveiling later in the year.

Hyundai already offers a number of hybrid models, including the Ioniq small car as well as the Sonata in overseas markets. The latest Sonata Hybrid uses a combination of a 111kW 2.0-litre four-cylinder petrol engine and 38kW electric motor. However, it’s unclear what powertrain the Santa Fe and Tucson will use, as it could be an opportunity to introduce an updated or new system different to what it presently offers.

While not confirmed for a local launch yet, Hyundai Australia admits it is looking at adding to its portfolio of battery-assisted models. Adding the Santa Fe Hybrid and PHEV would give the big SUV a unique selling-point over the petrol-only Toyota Kluger and Mazda CX-9, two of its key rivals.

“We would look at the business case for all electrified vehicles,” a Hyundai Australia spokesman told CarsGuide.

The hybrid Tucson makes sense too, as it would give Hyundai something to compete against Toyota’s popular RAV4 Hybrid. If it’s global reveal still occurs on schedule later this year, expect the new Tucson to arrive in Australia by the middle of 2021.

In the meantime, Hyundai Australia will have a busy time expanding its luxury brand, Genesis, with its first SUV models. The flagship GV80 is set to arrive by the middle of 2020, followed shortly after by the new-generation G80 sedan with the mid-size GV70 SUV set for an early-2021 Australian launch.

The arrival of SUVs should be a major boost to the Genesis brand, which has struggled to gain traction with the current sedan-only G70 and G80 line-up. It also only has one retail outlet in Australia, in Sydney’s Pitt Street Mall but will add a second store at Melbourne’s Emporium Mall by the end of the year.

While not wanting to make any bold predictions for the brand’s chances for improvement with the GV70 and GV80 arrival, a Genesis Australia spokesman admitted it offers “great potential” for growth.

“Given the current trends in the market the Genesis SUVs will have great potential for us, so these models will play a significant role in the brand’s future,” the spokesman said.