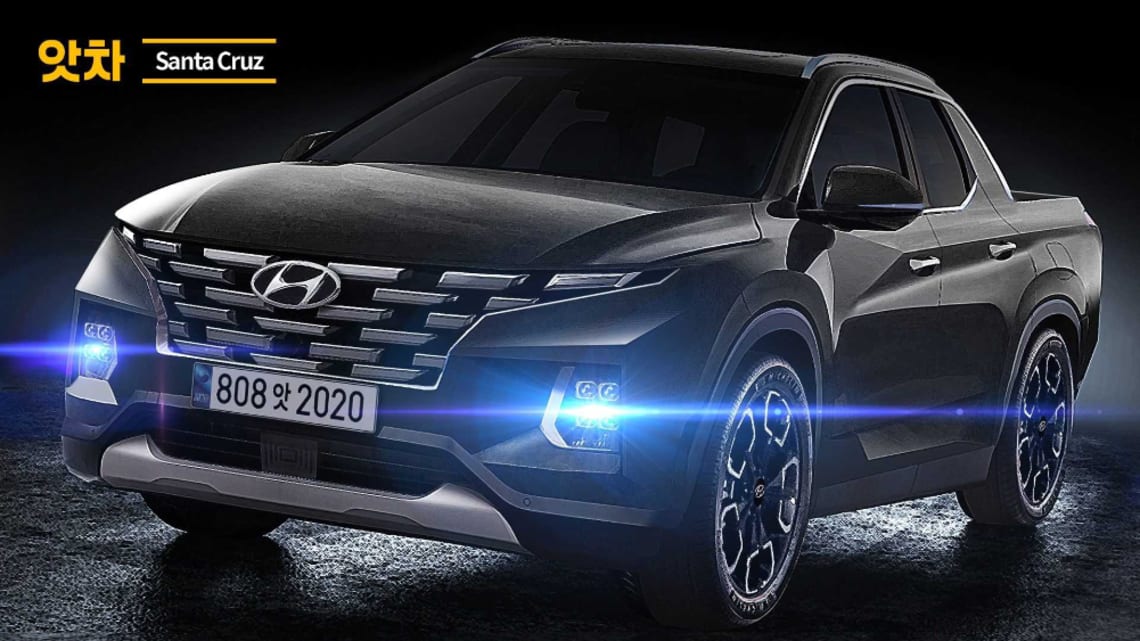 That the Hyundai Santa Cruz has been one of the more polarising vehicle releases of recent time is no surprise, with plenty thinking it’s too small and too road-focused to be a real ute, and plenty more falling for its daring design and genre-bending potential.

But as the Santa Cruz continues to take shape – most recently through this new render from Atcha Cars – we suspect it might be pulling people from the former camp and into the latter.

That’s because Hyundai’s tiny ute is looking tougher and tougher with every new render, with the futuristic concept beginning to give way to what, for all money, looks like a shrunken ute.

According to international reports, the Santa Cruz will arrive with a choice between a 2.4-litre petrol and turbocharged 2.0-litre petrol, both borrowed from the US-spec Santa Feand both paired with an eight-speed gearbox and AWD. If those numbers prove correct, the Santa Cruz would deliver some 137kW and 241Nm in 2.4-litre guise, and a considerable 175kW and 352Nm with the 2.0-litre turbo engine

And according to our most recent chat with Hyundai, the Santa Cruz – while still unlikely for Australia – hasn’t been ruled out entirely, with the brand confirming it’s still interested in the pint-sized pick-up, provided they can get the dollars to make sense.

“We’re interested in that vehicle, for sure,” a Hyundai spokesperson told us.

“We’ve explore all options we can with all products that are in the market, which is something we do as a discipline.

“For Santa Cruz, it’s certainly a niche product, but I think it would be an interesting offering. There are impressive powertrain options, it looks like it would be a capable car here, but at this point it’s not available in right-hand drive.”