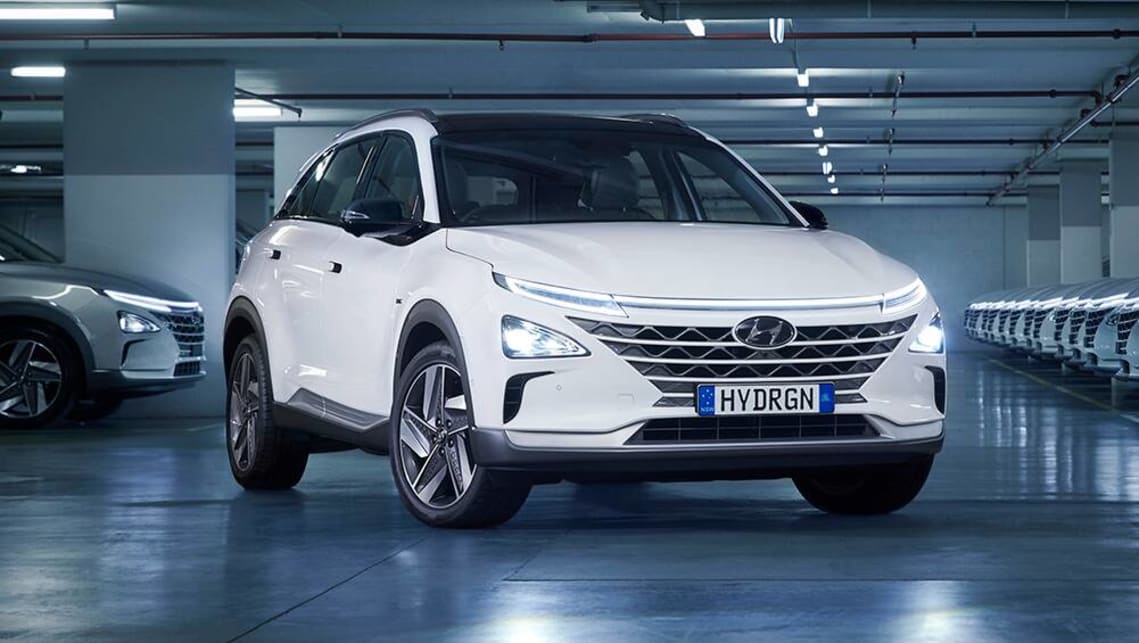 The FCEVs in question are Nexo mid-size SUVs, which were ordered by the ACT government four years ago as part of its Hornsdale Wind Farm Stage 3 project.

With the Nexo’s official arrival, it is the first FCEV to be approved for sale in Australia, following its Australian Design Rules (ADR) certification. It also lands with a five-star safety rating from the Australasian New Car Assessment Program (ANCAP).

That said, the keys to the fleet of 20 Nexos won’t be handed over to the ACT government until the third quarter of this year, when Australia’s first public and permanent hydrogen refuelling station will open in Canberra.

Additional sites are on the way, including in Melbourne and Brisbane by the end of this year. Locations in NSW, South Australia, Western Australia and Tasmania are also planned.

Australia currently lacks hydrogen refuelling infrastructure, aside from a private station based at Hyundai Australia’s headquarters in Macquarie Park, Sydney. As such, private sales of the Nexo and other FCEVs have been ruled out in the short term.

That said, Lennock Hyundai in Phillip, ACT, has been appointed as the first dealership in Australia to support and service the Nexo, and therefore any FCEV.

As reported, the Nexo succeeds the ix35 Fuel Cell. It has a WLTP driving range of 666km and can be refuelled in three to five minutes, which is comparable to a vehicle with a traditional internal-combustion engine.